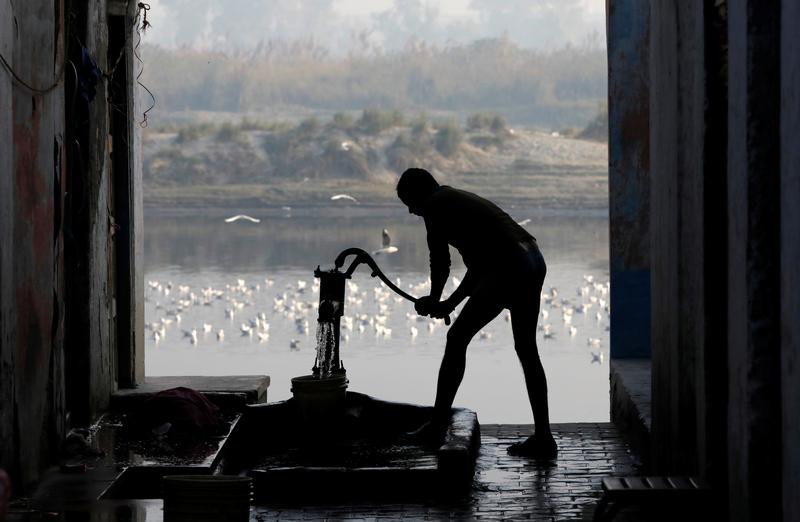 That’s how much GDP is at stake if the region doesn’t better manage the 10 Himalayas-fed rivers its economic hubs rely on. China appears to be steering a good course. But India isn’t fixing the governance mess exposed by rising water stress. That threatens economic growth.

A man uses a hand-pump to collect water for bathing on the banks of the river Yamuna in New Delhi, India, November 21, 2018.

Last month was India’s driest October since 1976, according to the India Meteorological Department. The country received just 44 percent of the average rainfall for the month.

Economic activity along 10 river basins generates around $4 trillion GDP in Asia, including more than $1 trillion in the Ganges and Indus basins, according to “No Water, No Growth”, a study published by China Water Risk on Sept. 18. The rivers can be traced back to the same source region, the Hindu Kush Himalayas. The so-called “third pole” and its resources are vulnerable to climate change, the research shows.

India’s demand for water is projected to be double its available supply as soon as 2030, according to a report released in June by Niti Aayog, a government policy think tank. The report describes the country’s situation as “the worst water crisis in its history”.