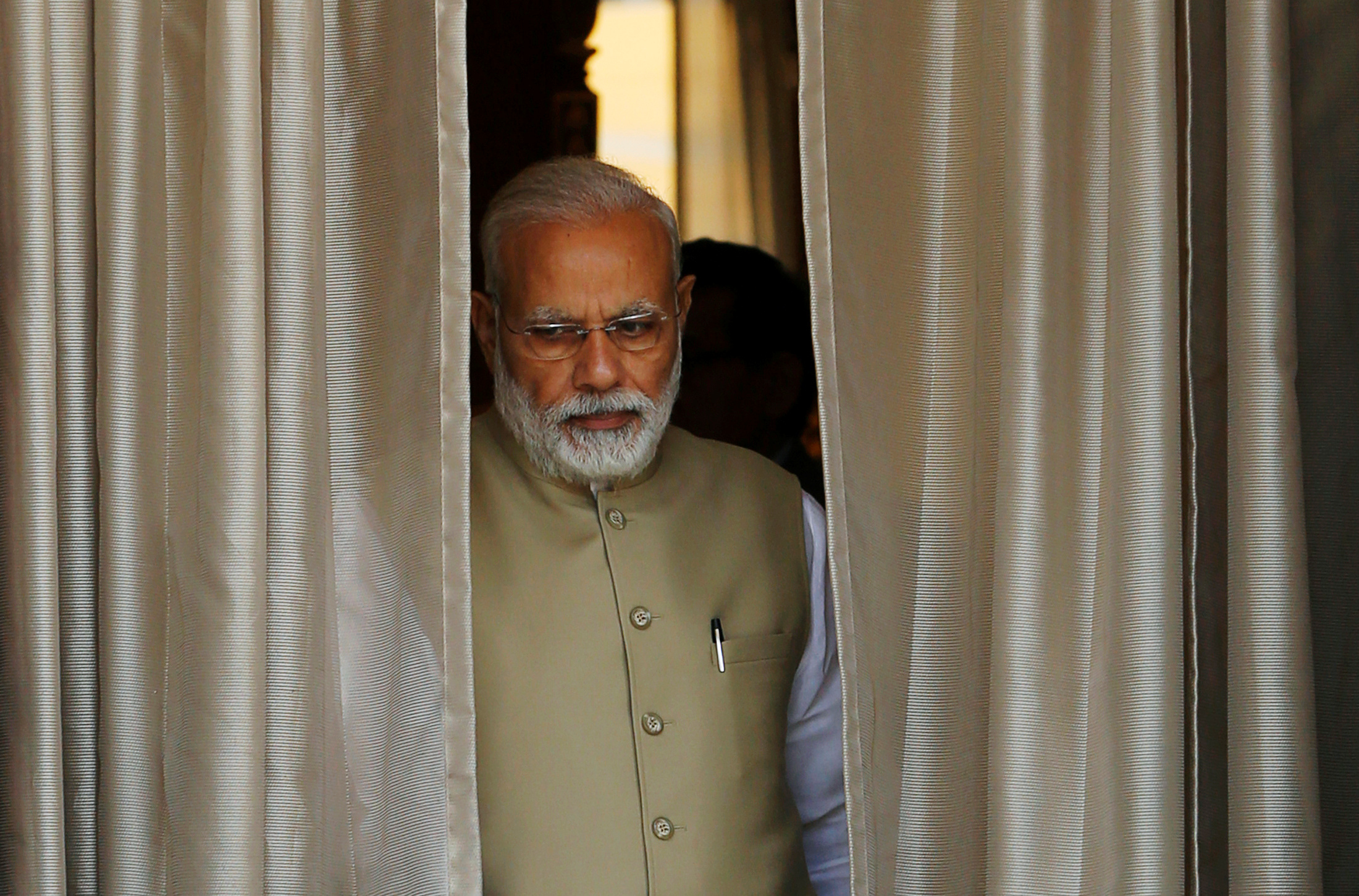 The country’s biggest state will write off farm loans worth $5.6 bln. Pressure is building for a nationwide move that might cost 2 pct of GDP. That would be bad for credit and fiscal discipline but help win votes, ease rural economic stress, and give cover to any bigger bank bailout.

India's Prime Minister Narendra Modi comes out of a room to receive his Australian counterpart Malcolm Turnbull before a photo opportunity ahead of their meeting at Hyderabad House in New Delhi, India, April 10, 2017. REUTERS/Adnan Abidi - RTX34WJO

India's most populous state, Uttar Pradesh, said on April 4 it would waive loans to farmers worth almost 364 billion rupees ($5.6 billion).

The move fulfils a pledge made by Prime Minister Narendra Modi in the run up to polls in the state in which his ruling Bharatiya Janata Party had a landslide victory.

Subsequently, the main opposition Congress party has said that it would make farmers "debt-free" if elected in the neighbouring state of Gujarat, the Hindustan Times reported on April 9. A number of opposition parties in the state of Maharashtra have also demanded a similar waiver.

The latest monthly report of the RBI showed that vegetable prices fell by 21 percent between November 2016 and February 2017 and acknowledged anecdotal evidence of distressed sales by farmers following New Delhi's move in November to cancel most of the country’s banknotes by value.