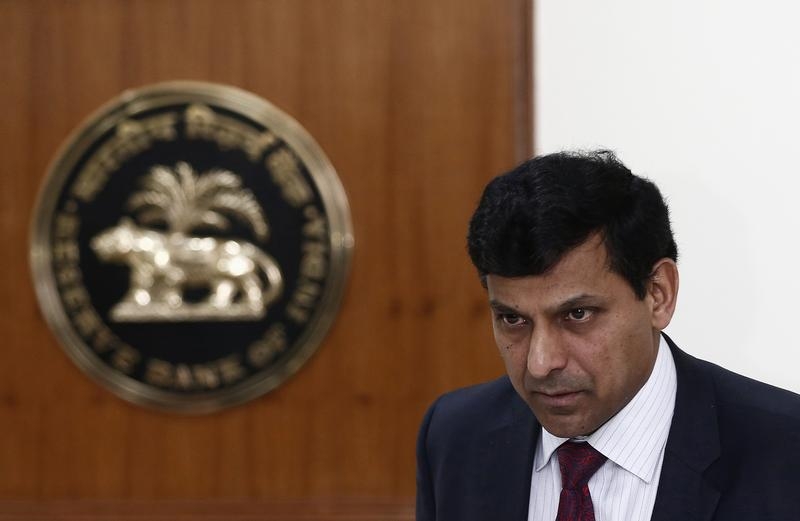 India has decided against cutting its interest rates. But that only means next year might see it slashing them more than any other major economy. There is both the scope and the need.

The Reserve Bank of India left the benchmark repo rate unchanged at 8 percent on Dec. 2, fending off strong pressure from the government to start easing its monetary policy. Governor Raghuram Rajan says he first wants to see more proof of fiscal correction and disinflation.

The wait shouldn’t be long. Rapidly falling energy import costs have already halved last year’s double-digit inflation to 5.5 percent, comfortably below the central bank’s target for January 2016. Price pressures ought to collapse further as the government curbs spending to meet its ambitious deficit-reduction target. Public expenditure has grown just 4 percent in the first seven months of the fiscal year, compared with a full-year target of 15 percent increase.

With inflation under control, the RBI’s most pressing issue is India’s sputtering growth. Annual GDP growth slowed to 5.3 percent between July and September, below its potential rate of expansion; manufacturing was almost flat. Demand for loans is anaemic. A reduction in rates by, say, 2 percentage points could make credit more enticing. It could also boost Indian stock prices by 18 percent, according to Jefferies analysts.

The RBI’s most recent announcement dropped enough hints that it could start easing rates early next year – possibly even before it holds its next formal review in February. Delays beyond that could be risky. If Prime Minister Narendra Modi’s “Make in India” manufacturing revival is to click with investors, India needs to demonstrate that the last few years of stagnation were an aberration, and the economy is not mired in a middle-income growth trap.

Global demand will be too weak to be of much help to India’s exports. To get the most juice out of the domestic economy, the RBI will need to cut rates, and do so deeply.

The Reserve Bank of India left the benchmark repo rate unchanged at 8 percent, but left the door open for reductions starting early next year.

“If the current inflation momentum and changes in inflationary expectations continue, and fiscal developments are encouraging, a change in the monetary policy stance is likely early next year, including outside the policy review cycle,” the RBI said in its Dec. 2 monetary policy statement.