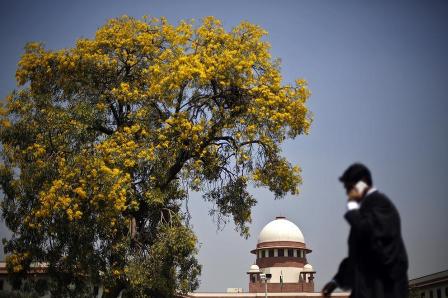 Hurrah for long-termism. India has decised to open up local industries, including its telecoms sector, to greater foreign participation. It may not create a rush of new investments, but it should lead to a modest improvement in confidence.

Vodafone is one company that may benefit at the outset. Foreign companies can now own 100 percent of telecoms operators, up from 74 percent. Piramal Enterprises, the Indian drugmaker that owns 11 percent of the UK operator’s Indian business, wants to exercise its option to exit. Vodafone can now buy out its partner without having to find another local buyer, or go through the hassle of a local listing.

Other telecom operators will be able to simplify complex ownership structures designed to keep foreign investments within permissible limits. Often the vehicles were an illusion anyway, since the economic interests of overseas partners were already higher. That at least means more work for lawyers and bankers, even if it doesn’t remove the regulatory uncertainty around Indian telecoms.

Defence is another shift – non-Indian companies can own more than 26 percent in local operations if they bring in undefined “state-of-the-art” technology. India’s huge defence procurement needs make it a juicy market for the likes of Lockheed Martin, which has a small joint venture with the Tata Group. Though it isn’t clear who will be acceptable to the security committee that must clear proposals involving foreign participation of more than 26 percent.

Elswhere, the effect on investment may be slight. India’s GDP is growing at its slowest pace in a decade, and inflation is near double digits. But showing openness to long-term foreign funding is significant. It suggests an intent to replace the economy’s reliance on hot money with more stable sources of overseas financing. That’s a far better way of funding India’s yawning current account gap.

This longer-term thinking deserves credit. New Delhi has been wedded to short-term fixes, like curbs on gold imports, to meet its funding challenges. There may be a double boost, if foreign investors who buy stocks and bonds also feel more confident – making their “hot” money a bit less so. Whisper it, but the rupee, which has slid 12.5 percent since October, may no longer be a one-way downward bet.

A lawyer speaks on his mobile phone as he walks past India's Supreme Court in New Delhi April 1, 2013

The Indian government eased foreign investment caps in four industries on July 16.
The limit on foreign participation in telecommunications and asset reconstruction companies was raised to 100 percent, from 74 percent at present.
Companies providing credit information services can be 74 percent foreign-owned, compared with 49 percent until now.
The government may also allow foreign companies to own more than 26 percent beneficial interest - the current cap - in “state-of-the-art” defence manufacturing.
Separately, in eight industries, including tea, single-brand retail, petroleum and natural gas, and exchanges for trading of stocks, commodities and energy, foreign investors won’t require prior government approvals.