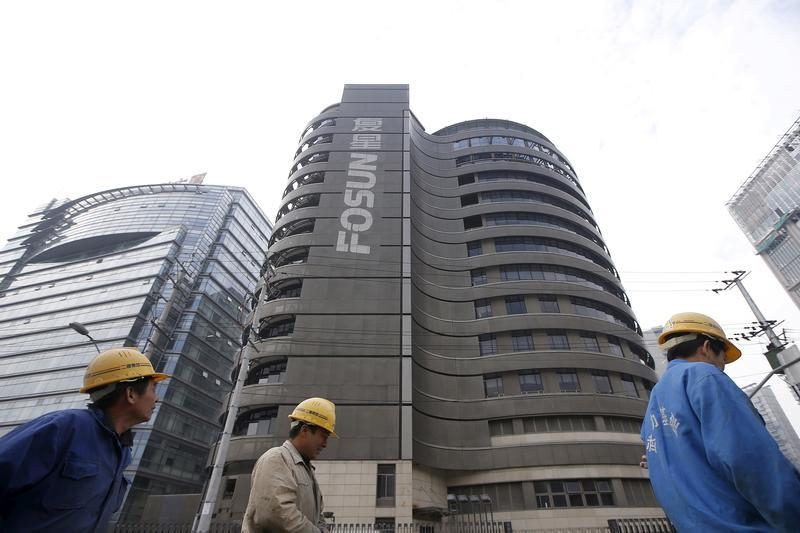 The Chinese conglomerate’s drug unit is buying India’s Gland Pharma for up to $1.3 bln. Shortages should boost prices of injectable drugs in the U.S., a key market for the KKR-backed group. Either way, Fosun’s latest deal binge jars with its promise to cut debt.

Construction workers walk past a building of the headquarters of Fosun International, in Shanghai, China, December 14, 2015. RETUERS/Aly Song/File Photo - RTSK0NF

Shanghai Fosun Pharmaceutical on July 28 agreed to buy up to 86 percent of India's Gland Pharma for up to $1.3 billion. Hyderabad-based Gland manufactures generic injectable drugs and mostly sells them in the United States. Fosun Pharma made a non-binding proposal to acquire Gland in May.

Gland's founders have the right to require the buyer to acquire the remaining shares in the company for up to $180 million within one year. Fosun Pharma has the right to appoint seven out of nine of Gland's directors, and will keep Gland's existing chief executive.

KKR acquired an undisclosed minority stake in Gland in 2014. The Economic Times, a local newspaper, reported that the private equity group had bought a near-38 percent stake for $191 million.