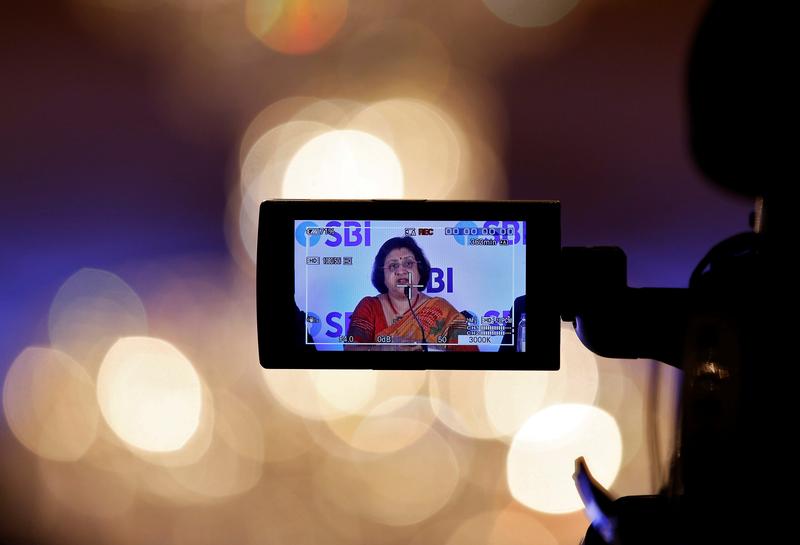 Arundhati Bhattacharya’s four years atop the country’s largest lender have seen bad debt rise and the shares underperform. But she has made State Bank of India the best of an ailing bunch and stood up to errant tycoons. She sets a high bar for any successor.

State Bank of India (SBI) chairwoman Arundhati Bhattacharya is seen in a TV camera's viewfinder as she speaks at a news conference after the announcement of SBI's fourth quarter results, in Kolkata, India, May 19, 2017. REUTERS/Rupak De Chowdhuri - RC1781FF33B0

Arundhati Bhattacharya is due to step down on Oct. 6 as chairwoman of State Bank of India, the country's largest lender by assets.

Bhattacharya took the top job in October 2013. Last year, the government awarded a one-year extension to the typical three-year term. She was the first woman to lead the bank, climbing up its ranks after joining in 1977.

The Economic Times reported on Oct. 4 that Rajnish Kumar, a managing director at SBI, is the frontrunner among candidates to be the new chairman.