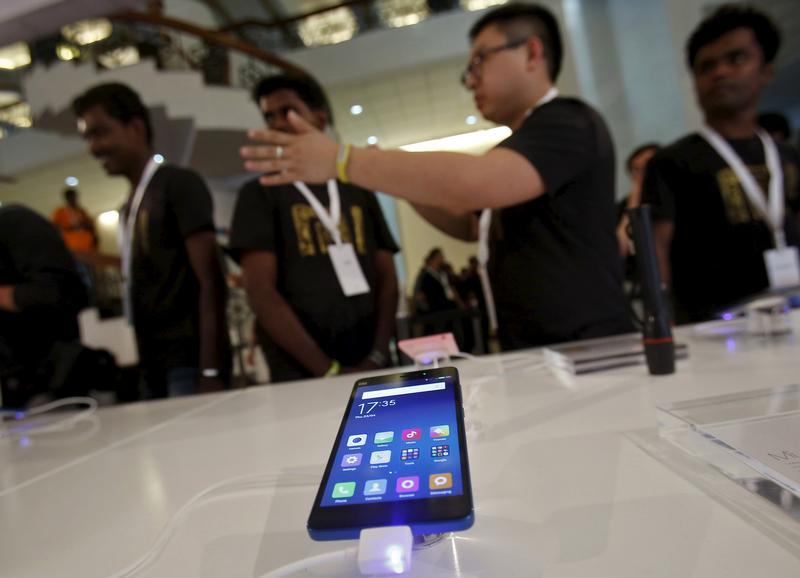 The Chinese maker of affordable phones has scaled down its IPO with plans now to raise $6 bln. Much of the valuation hangs on internet services, which Xiaomi is starting to roll out in its top overseas market. Rivals in India are plentiful, though, and hungrier for content.

A Xiaomi's Mi 4i phone is kept on display at the venue during its launch in New Delhi April 23, 2015. Xiaomi Technology - the fast-growing No.3 global smartphone maker valued at $45 billion after a December funding round - hosted its first global launch outside of China in New Delhi on Thursday, unveiling its feature-heavy Mi 4i model that supports six Indian languages at 12,999 rupees ($205). REUTERS/Anindito Mukherjee - GF10000070211

Chinese smartphone maker Xiaomi plans to raise as much as $6.1 billion in its Hong Kong initial public offering by selling about 2.2 billion shares for between HK$17 and HK$22 apiece, Reuters reported on June 20, citing unnamed sources.

Xiaomi lowered its likely valuation to a range of $55 billion to $70 billion, according to an earlier Reuters report, following a decision to delay an expected mainland offering of Chinese depositary receipts.

International sales accounted for 36 percent of Xiaomi’s total revenue at the end of March, up from 28 percent at the end of last year. Xiaomi doesn’t break out sales by country, but says India is its largest market outside mainland China.