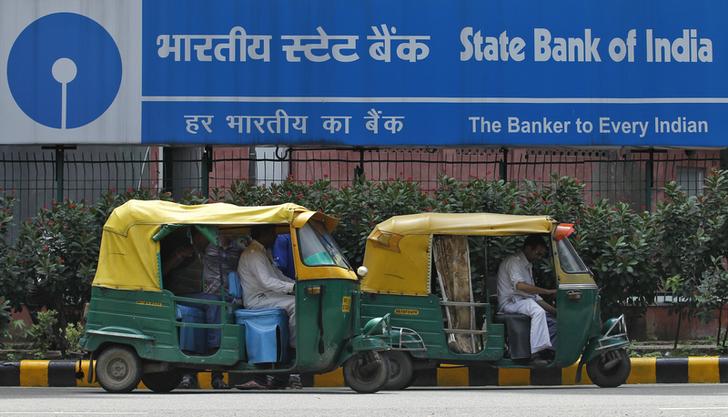 India’s banks are staring into an abyss. Loans are souring rapidly as the economy stalls. Meanwhile, rising bond yields are making it harder for lenders to absorb credit losses from current earnings.

State Bank of India shares fell 3.4 percent in Mumbai on Aug. 12 after surging bad loans at the country’s largest lender triggered a 14 percent fall in its quarterly net income. But SBI is hardly alone. Gross non-performing assets at India’s top 10 government-owned banks have doubled in the past two years to 1.4 trillion rupees ($24 billion) – or 4.4 percent of the total – according to a Breakingviews analysis. Provisions that banks have already set aside will cover about half the bad loans, but clearing the remaining debris – which is swelling by the day – would wipe out one year of operating income.

Even if banks were willing to bite the bullet, they may no longer be able to. The rise in 10-year government bond yields since May will leave lenders which own a big chunk of New Delhi’s IOUs with mark-to-market losses. At the same time, the Indian central bank’s recent monetary-tightening efforts, designed to stem the 12 percent slide in the rupee since the end of April, have sent the yield on three-month treasury bills soaring to 10.9 percent, compared with 8.3 percent on 10-year government bonds. The longer that banks face high short-term funding costs without an increase in long-term lending rates, the more their earnings will be undermined.

Nor can banks hope to bulk up their loan books in a slowing economy. That puts the ball in the government’s court. Without a recapitalization of state-controlled lenders, the risk is that the clogged arteries of credit won’t reopen. But New Delhi, under pressure to reduce its budget deficit, doesn’t have the money for a cleanup.

Private investors can’t be expected to come to the rescue, either: the Bombay Stock Exchange Banking Index has slumped by 27 percent since May 17, outpacing an 11 percent drop in the broader stock market. In its quest to rescue the rupee, the central bank has pushed an already-wobbly financial system closer to the edge of a precipice.

Auto rickshaws wait in front of the head office of State Bank of India (SBI) in New Delhi August 12, 2013

State Bank of India shares dropped 3.4 percent in Mumbai on August 12, after the country’s largest lender by assets announced a 14 percent year-on-year fall in net income in the quarter ended June.
SBI made loan loss provisions of about 23 billion rupees ($370 million), or about 30 percent of its operating profit during the quarter, as gross non-performing assets jumped to 5.56 percent of total assets, compared with 4.75 percent three months earlier.
Including SBI, gross non-performing assets at India’s top 10 government-owned banks now account for 4.4 percent of total assets, compared with just 2.4 percent in March 2011, according to a Breakingviews analysis of quarterly earnings reports.