Gone in a flash 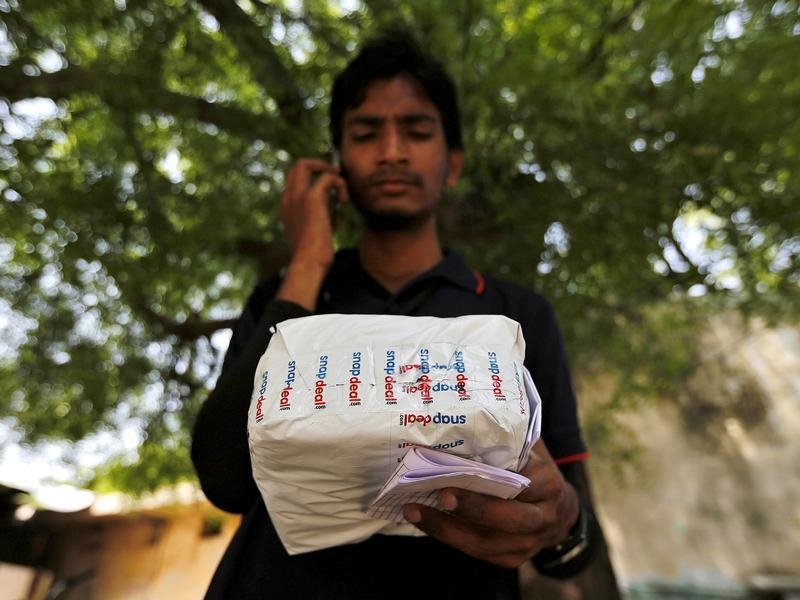 Snapdeal’s latest fundraising reveals how the cash pouring into India’s e-commerce industry will disappear in a flash. The online marketplace is raising $500 million from investors led by China’s Alibaba and a Hong Kong-listed unit of Taiwan’s Foxconn at a valuation of almost $5 billion. Securing more big-name backers is a coup for the Indian start-up. But the cost of luring buyers and sellers to its platform means the new funds won’t last long.

The investment provides a rare insight into how quickly the industry that includes Amazon and Flipkart, which is backed by the Qatar Investment Authority, is burning through cash. The Foxconn subsidiary’s filing shows that losses at Jasper Infotech, the company that owns and operates Snapdeal, ballooned to $206 million in the year that ended in March, up from $41 million a year earlier. Given the fierce battle for market share among online retailers, there’s every reason to believe that losses are still rising.

The cost of offering promotions to web shoppers is at least partly to blame. India’s online marketplaces are not legally allowed to fix prices. Instead they encourage sellers to cut prices by waiving commissions, or give customers instant cash-back or credit. In a recent two-day sale, Snapdeal offered discounts of up to 70 percent on electronics. The arms race shows no sign of easing up. UBS reckons it will take until 2020 for the industry to be profitable.

Alibaba and Foxconn are investing at a time when others are turning cautious or cashing out. SoftBank President Nikesh Arora recently warned that start-up valuations in India had raced far ahead of where they were a few years ago. Snapdeal’s valuation has more than doubled since October when the Japanese group invested $627 million for a roughly 30 percent stake. It was a much smaller investor in Snapdeal’s latest round. Meanwhile, U.S. e-commerce player eBay sold down part of its shareholding.

For Snapdeal, the investment helps it keep up with rivals and gives it more deep-pocketed backers to turn to when it goes shopping for its next cash call. On current evidence, that might be sooner rather than later.

A worker of Indian e-commerce company Snapdeal.com makes a call to a customer before delivering a packet in Ahmedabad, India, April 17, 2015.

Indian e-commerce group Snapdeal announced on Aug. 18 that it had raised $500 million in a financing round led by China’s Alibaba, a listed unit of Taiwan’s Foxconn, and Japan’s SoftBank.

Sources told Reuters this month that the transaction would value Snapdeal at more than $5 billion.

Hong Kong-listed FIH Mobile - which is controlled by Hon Hai Precision Industry, the trading name of Foxconn - said it is investing $200 million and will own 4.27 percent of the e-commerce player after the transaction.

Alibaba also invested around $200 million, according to a person familiar with the situation.

U.S. e-commerce player eBay, an early investor in Snapdeal, said that it sold a portion of its stake “to earn a strong return” but retained a significant portion of its original investment.

Jasper Infotech Private, the company that owns and operates Snapdeal, reported a net loss of $206 million in the year to the end of March 2015, up from $41 million a year earlier, according to a stock exchange filing by FIH Mobile.

SoftBank became the largest investor in Snapdeal through a $627 million investment in October last year.

Snapdeal was founded in 2010 and has over 150,000 sellers on its online marketplace.