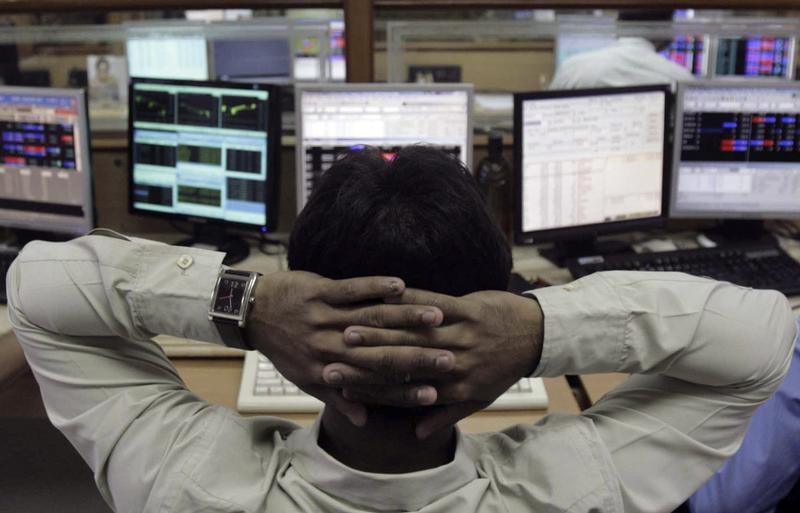 The state hopes to partially offload stakes in 10 listed companies through an exchange-traded fund. If the offer succeeds, it will boost privatization proceeds. It would also allow the current government to benefit from market hopes that rival Narendra Modi will win the election.

A broker monitors share prices at a brokerage firm in Mumbai August 8, 2011.

India is seeking to raise up to 30 billion Indian rupees ($490 million) through the partial sale of stakes in 10 state-controlled companies via an exchange traded fund (ETF).

The Central Public Sector Enterprise (CPSE) ETF will track an index that comprises 10 companies of which the government owns at least 55 percent. Up to 5 percent of the fund, which will be operated by Goldman Sachs’ local asset management unit, may be invested in stocks outside the CPSE index or in money market instruments.

Though the value of the ETF is allowed to expand, the government is limited to selling no more than a 3 percent shareholding in each company through the fund.

The fund is due to list on the National Stock Exchange of India and the Bombay Stock Exchange before April 11. Equity ETFs in India had around $225 million in assets under management as of end of February, according to the Association of Mutual Funds in India.

India’s benchmark CNX Nifty Index has risen 6 percent in the past month.

ICICI Securities advised on the creation and launch of the CPSE ETF.