News you can use 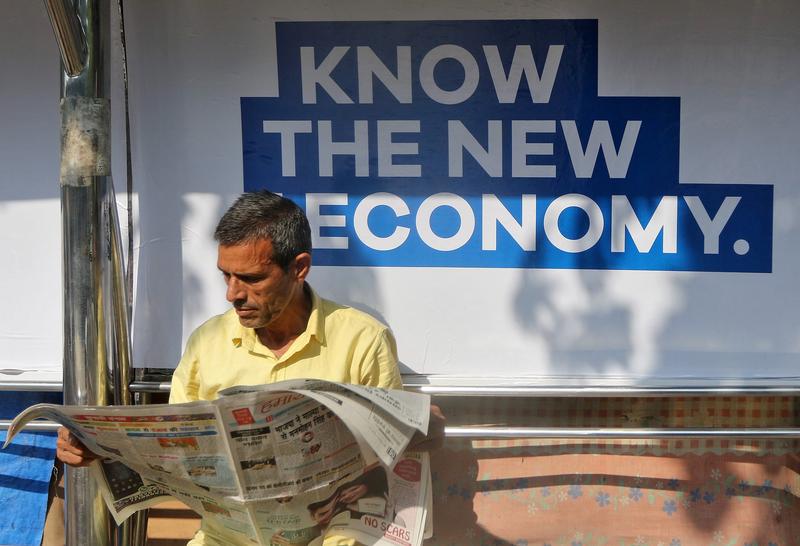 Minority shareholders are challenging a valuation of Vineet Jain’s empire. Stakes in Uber and other startups, some acquired in exchange for newspaper ad space, may not be fully reflected in the offer price. It’s a twist on holding company discounts faced by the likes of SoftBank.

A man reads a newspaper as he waits for public transport at a bus stop in Mumbai, India, January 31, 2017.

Minority shareholders in a holding company backed by Indian media mogul Vineet Jain have complained to the securities regulator over the terms of a proposed share buyback.

In a June 27 letter calling for the Securities and Exchange Board of India to investigate, investors in Bharat Nidhi, which owns 24.4% of newspaper publisher Bennett, Coleman & Co said the offer to buy back shares at 11,229 rupees each is a “concerted effort to defraud” them. The deal values the company at 32.7 billion rupees ($476 million). Jain is the managing director of Bennett, Coleman.

They argue in the letter, seen by Reuters, that the valuation of the holding company should be based on fair value, and that the fair value of Bennett, Coleman should be disclosed along with any discount applied to reach a final valuation of the holding company. The company is using book value, which is lower, to price the share purchase, the minority shareholders say.

“We believe the concerns raised are unfounded,” a Bharat Nidhi official told Reuters.

The buyback offer is part of a regulatory requirement for companies listed on regional stock exchanges, which are no longer recognised.