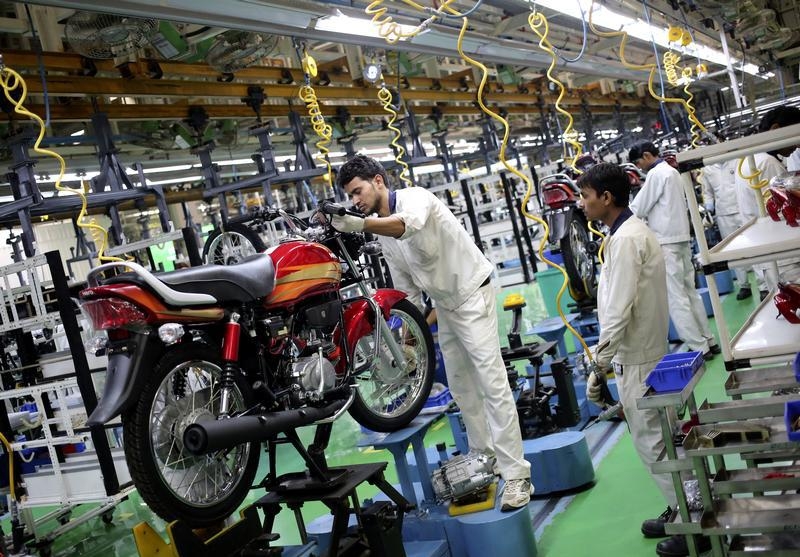 Putting private equity money to work in India is easier than getting it out. That’s what makes Bain Capital’s latest disposal eye-catching. The U.S. firm has sold its remaining $116 million stake in Hero MotoCorp, almost doubling the local-currency value of its four-year investment in the world’s largest motorbike maker. Even as buyout groups rush into India, such large clean exits remain rare.

Bain’s bet began in 2011, when it invested 25 billion rupees, worth around $570 million at the time, in Hero Investments, a private company that owned just under one fifth of listed Hero Honda Motors. The funds helped the founding Munjal family to buy out the Japanese carmaker. Hero Investments was then folded into the listed company, renamed Hero MotoCorp, giving Bain a near-9 percent stake in the group, which is now worth almost $8 billion.

The proceeds of this week’s sale combined with the amounts raised from placements in June and November last year, and including dividends, means Bain has doubled its money. The near-50 percent slump in the value of the rupee over the period of the investment means the return shrinks to about 1.4 times in U.S. dollar terms.

Yet cumulatively the deal still ranks as one of country’s largest private equity exits. This year Apax has sold its stake in iGate, an I.T. outsourcer, while TPG Capital offloaded its stake in financial services group Shriram City to Apax in a secondary sale. In total, private equity firms have raised $6.9 billion from exits in India in the first nine months of this year, according to PricewaterhouseCoopers.

Yet the new sums that private equity firms are deploying in India far outweigh the amounts that are being returned to investors. In total, McKinsey reckons $75 billion of dollars invested between 2001 and 2013 remains stuck.

The biggest bets this past year have been in e-commerce sector. A stronger market for initial public offerings is probably a pre-requisite for these to be successful. Bain’s big sale is a reminder of the delicate conditions that private equity groups need to achieve a heroic exit from India.

Employees work on an assembly line of Hero Motocorp during a media tour to the newly opened plant in Neemrana, in the desert Indian state of Rajasthan, October 20, 2014. REUTERS/Anindito Mukherjee

U.S. private equity firm Bain Capital has raised around $116 million through the sale of its remaining 1.5 percent stake in India’s Hero MotoCorp, the world’s largest seller of motorcycles and scooters, IFR reported on Nov.26.

The 2.98 million shares sold on the open market were priced at a discount of around 2 percent to the pre-deal close of 2645 rupees, IFR said. Shares in Hero closed up almost 2 percent at 2689 rupees on Nov. 26.

Morgan Stanley was the sole bookrunner on the deal.