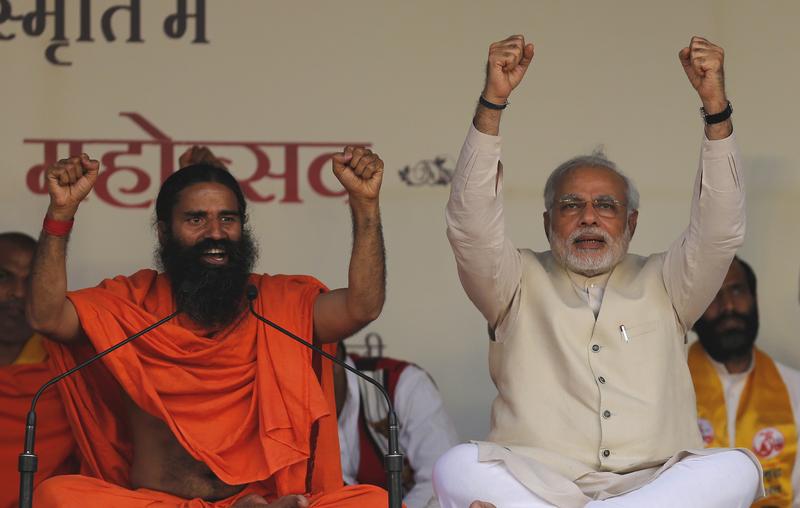 Baba Ramdev says his group Patanjali doubled sales last year, making it bigger than the local arms of Colgate and GSK. A hand from India’s ruling party may have helped. But his success also underscores how emerging markets consumers are increasingly sticking with national brands.

Patanjali Ayurved, the unlisted Indian maker of personal care products and food, has received more than $46 million in discounts on land acquisitions in states controlled by India's ruling Bharatiya Janata Party, and in some cases, received land free of charge, a special report by Reuters into the home-grown consumer products business shows.

The Reuters report outlines discounts on land acquisitions of up to 77 percent off market prices in BJP-controlled states, citing local government documents and values provided by real estate agents.

The company has seen revenue grow from about $156 million in the year ended March 2013. Co-founder Baba Ramdev, a yoga guru and entrepreneur, said in a May interview that revenue for the year to end March 2017 had risen to about $1.6 billion. Patanjali expects to double sales again this year, he added.

Neither the prime minister's office nor Patanjali executives, including Ramdev, responded to written questions about the transactions, which were lawful. Emails from Reuters Breakingviews to Patanjali seeking comment also went unanswered.

The company has said it has no plans to go public, nor any need for external investors. Patanjali sells over 1,000 products through more than 47,000 stores across India, according to its website.