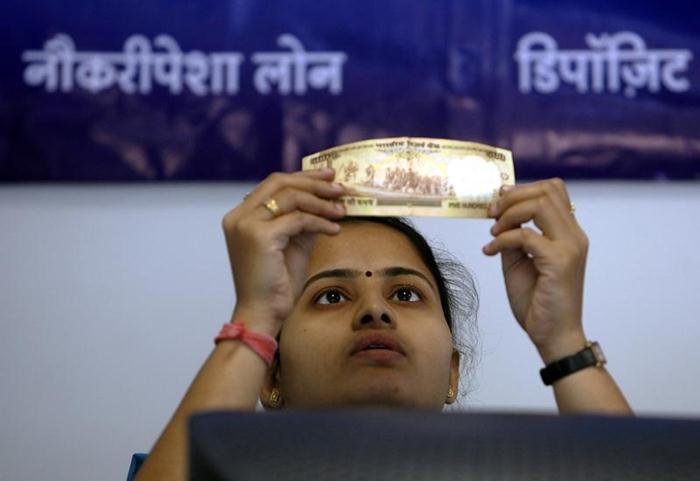 Global funds such as KKR and J.C. Flowers are eyeing stressed assets. Indian authorities are pressuring lenders to acknowledge bad loans and, in turn, raise capital. A new bankruptcy code helps too. After years of false starts, India’s bad debt business could finally take off.

India - Banks A bank employee checks a 500 rupee note at a counter of Yes Bank's microfinance division in Mumbai October 25, 2008.

India’s Punjab National Bank on May 18 reported an $802 million net loss for the quarter ending in March, due to a surge in provisions for non-performing loans. The loss was the largest ever for an Indian bank.

In March, Kotak Mahindra Group and the Canada Pension Plan Investment Board (CPPIB) agreed to invest up to $525 million in stressed assets in the country’s banking and corporate sectors.

Separately, Indian billionaire Ajay Piramal’s Piramal Group has also said it intends to set up a $1 billion fund to invest in distressed assets.

The Reserve Bank of India has asked banks to disclose and provide for all their bad debt by March 2017.