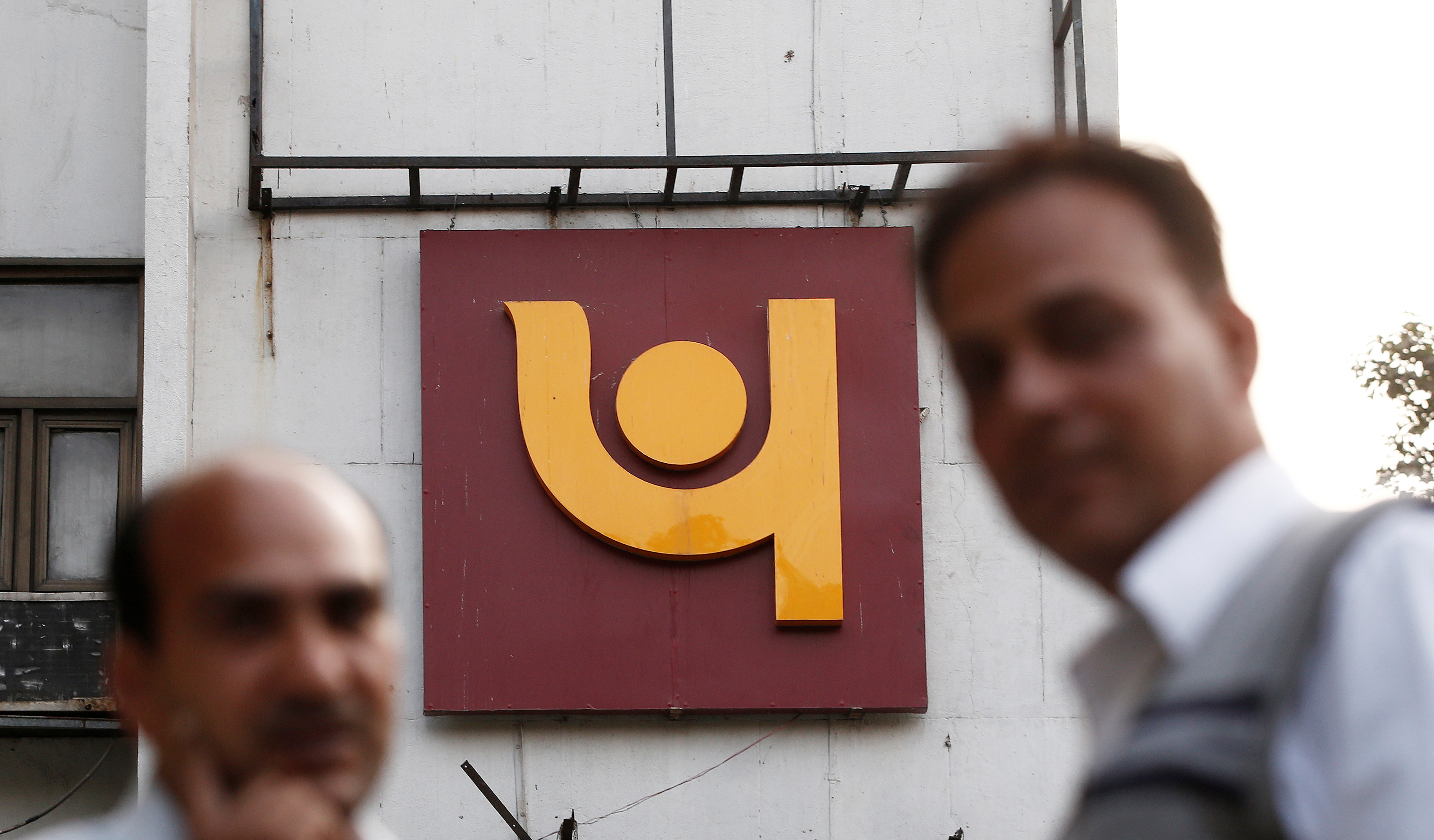 A billionaire jeweller linked to a $1.8 billion fraud at a Punjab bank kept asking for credit even after a nationwide bank bailout. He is now overseas, like disgraced liquor baron Vijay Mallya. The pair of bad-debt poster boys tarnish the prime minister’s anti-corruption fight.

People stand in front of the logo of Punjab National Bank outside a branch of the bank in New Delhi, India February 15, 2018. REUTERS/Adnan Abidi - RC1D08828660

India’s Punjab National Bank said on Feb. 15 that it uncovered a fraud that went undetected for around seven years when a customer tried to renew a letter of credit last month.

PNB said on Feb. 14 that it had detected "fraudulent and unauthorised" transactions worth about $1.8 billion at one of its branches in Mumbai.

In a notice sent to other lenders on Feb. 12, PNB said that two junior officials at one of its branches in Mumbai had illegally issued “letters of undertaking” to get overseas branches of other lenders to extend credit to companies with ties to billionaire jeweller Nirav Modi.

PNB has asked Modi to come up with a formal repayment plan, the bank said at a press conference on Feb. 15.

Nirav Modi has not so far spoken about the case and Reuters could not reach him for comment.