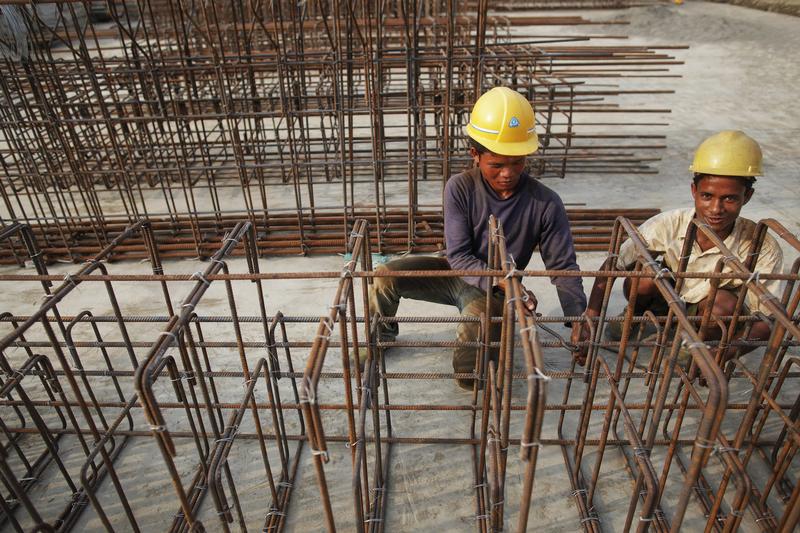 Essar Steel could fetch $6 bln, with bids from groups led by ArcelorMittal and Russia’s VTB. Both suitors sit awkwardly with tough rules barring defaulters from buying stressed assets. However, it is better to get good proceeds for creditors than to be purist and fail.

Local workers employed by Indian conglomerate Essar Group construct a new port in Sittwe May 19, 2012. In northwest Myanmar, where the Kaladan River flows out into the Bay of Bengal, the two giant arms of a half-built wharf enfold the estuarine mud with steel and concrete. Their embrace is fraternal -- Myanmar's giant neighbor India is funding this new port in Sittwe, the capital of Rakhine State -- but also strategic. To go with India seeks strong Myanmar ties as PM visits By Andrew R.C. Marshall. Picture taken May 19, 2012. REUTERS/Damir Sagolj (MYANMAR - Tags: POLITICS BUSINESS CONSTRUCTION SOCIETY) - GM1E85R0RAT01

The company said it submitted a plan on Feb. 12 to India's National Company Law Tribunal, which deals with insolvency and company disputes, to bid for Essar Steel in partnership with Nippon Steel.

Essar Steel was one of a dozen of India's biggest debt defaulters that were pushed to bankruptcy court last year by an order from the central bank.

Kosei Shindo, president of Nippon Steel, told reporters in Tokyo that ArcelorMittal will take a majority stake in Essar Steel, but should not be much higher than Nippon Steel's interest, declining to give further details.

A separate bid was submitted by Numetal, a consortium led by Russia's VTB. One minority shareholder is Rewant Ruia, the son of Essar Group Vice Chairman Ravi Ruia. In an interview with Mint newspaper, VTB said other shareholders were prepared to buy out Ruia if needed.