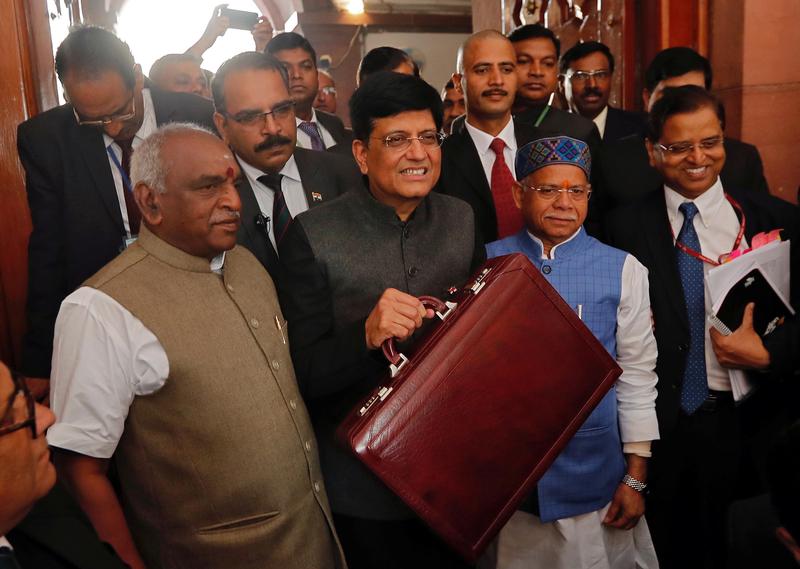 A decision to ease efforts to reduce the fiscal deficit will dent the government’s prudent reputation. Yet support for farmers, a new pension scheme and a higher effective tax exemption, even as revenues fall short, will give the prime minister a better shot at a second term.

India's interim Finance Minister Piyush Goyal holds his briefcase as he arrives at the parliament to present 2019-20 budget in New Delhi, India, February 1, 2019.

India’s interim Finance Minister Piyush Goyal set a fiscal deficit target of 3.4 percent of gross domestic product for the year to March 2020 as he announced the country’s pre-election budget on Feb. 1.

Earlier this month, the Ministry of Statistics said GDP was expected to grow 7.2 percent in the current year.

The benchmark Nifty 50 Index was trading up about 1.3 percent in midday trading after the budget presentation.

Goyal took control of the finance ministry on Jan. 23. His predecessor, Arun Jaitley, is in the United States for medical treatment. India’s general election must be held by May.