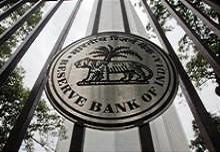 P. Chidambaram, India’s new finance minister, wants to revive investment in the subcontinental economy by taking “carefully calibrated” risks. But the Reserve Bank of India has plenty of grounds to be wary. The main problem with stoking anaemic growth is that the tactics may also stoke inflation. Prices rose at their slowest pace in 32 months in July. But core inflation, excluding food and fuel, crept up. Cutting interest rates now would look like unsound monetary policy.

When it comes to asserting the independence of the Mumbai-based central bank from political masters in New Delhi, D. Subbarao, governor of the Reserve Bank of India, has large shoes to fill. His predecessor Y.V. Reddy had been an RBI deputy governor for six years and was at the International Monetary Fund in Washington before he returned to run the central bank. Distance from New Delhi allowed Reddy to chalk out a course that was often seen as adversarial by the finance ministry. The relationship between Reddy and Chidambaram, who was also the finance minister between 2004 and 2008, was sometimes stormy.

By contrast, the current governor was the top finance ministry bureaucrat when Chidambaram picked him to run the central bank. Saying no to a benefactor is hard. But Subbarao would do well to convince Chidambaram that untimely monetary easing could threaten stability. His case is strong. The RBI reduced the policy interest rate by half a percentage point in mid-April. Investors were spooked by the impact of this unexpected stimulus on the annual current account deficit, which had already widened to a record 4.2 percent of GDP. The central bank had to defend the rupee by selling dollars. Out of the $7.5 billion drop in India’s foreign-currency reserves this year, about 70 percent has occurred in the past four months.

A rate cut now will disappoint investors and could be seen coming at the behest of Chidambaram, even if he plays no direct role. That would do further damage to the RBI’s credibility. Subbarao has no need to take that risk, calibrated or not.

The Reserve Bank of India (RBI) logo is pictured outside its head office in Mumbai July 26, 2011. REUTERS/Danish Siddiqui

India’s new Finance Minister P. Chidambaram told reporters last week in New Delhi that the government is “conscious” that current interest rates are high. “High interest rates inhibit the investor and are a burden on every class of borrowers,” he said. “Sometimes it is necessary to take carefully calibrated risks in order to stimulate investment and to ease the burden on consumers. We will take appropriate steps in this regard.”
India’s wholesale prices rose 6.87 percent in July, the first month since November 2009 that this widely followed inflation gauge has dipped below 7 percent. But that was probably a fluke, analysts said. Fuel and vegetable prices eased inexplicably at a time when global energy prices rebounded from June and drought-like conditions prevailed in some parts of India. Core inflation, excluding food and fuel, accelerated to 5.44 percent, from 4.9 percent in June.