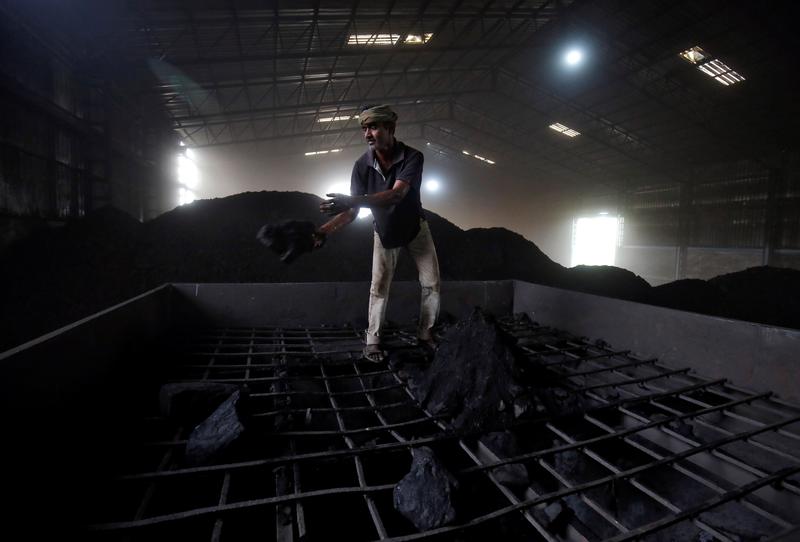 New Delhi, trying to juice the economy, will allow 100% foreign investment in the fuel. Local demand is rising, but resource giants have had bad experiences on the ground, and big miners are pulling out of thermal coal. India will have to work hard to make its tardy policy work.

A labourer works inside a coal yard on the outskirts of Ahmedabad, India, April 6, 2017.

India approved a number of changes to its foreign direct investment rules on Aug. 28, including allowing full foreign ownership of coal mining and infrastructure. Previously, foreign investment was allowed only for captive production, consumed by power, steel and cement companies.

The Indian economy is expected to have grown at a pace of 5.7% in the June quarter, its slowest pace in more than five years, according to a Reuters poll published on Aug. 27. The second-quarter number is due at 1200 GMT on Aug. 30.