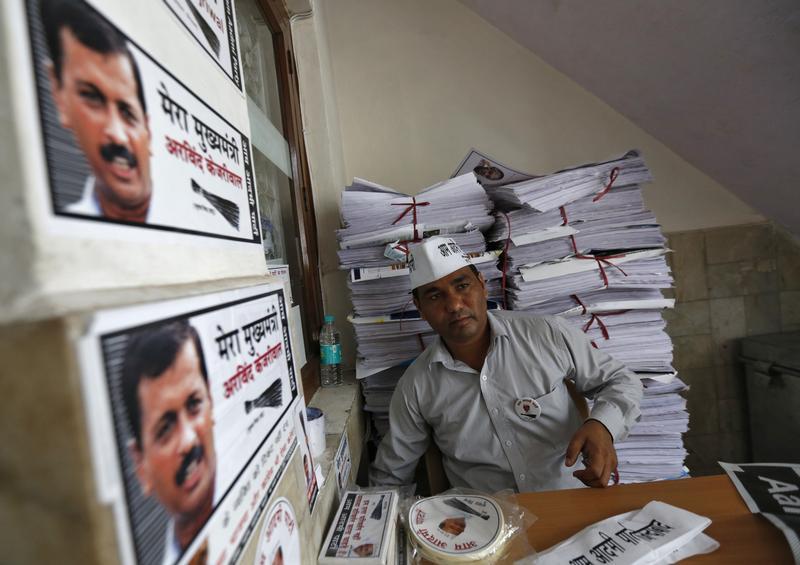 The sudden rise of India’s self-professed “anti-establishment” party is making seasoned politicians nervous. Investors, meanwhile, view the dramatic ascent of the Aam Aadmi – Common Man Party – with a mixture of awe and suspicion.

The one-year old upstart staged a recent electoral upset in the state of Delhi, home to the nation’s capital, by forming a government with support from Sonia Gandhi’s Congress Party. The Bharatiya Janata Party (BJP), the main opposition, got left out in the cold despite winning the most number of assembly seats. For the BJP, it’s a bad omen for this year’s general election.

The race to get to the halfway mark in the 545-member national parliament won’t be an easy one for BJP leader Narendra Modi and his coalition partners. Even if the Common Man Party wins just 20 seats in the April elections, it could undermine Modi’s chances of becoming prime minister. This makes investors wary. Modi is their preferred candidate to slay India’s stagflation. An inconclusive election result could lead to greater paralysis in economic policy.

In the long run, though, investors will have much to cheer if voters’ desire for good governance strengthens the rule of law and ends the country’s dangerous flirtation with cronyism in everything from telecommunications to mining and real estate.

Of course Arvind Kejriwal, the Common Man Party’s leader, has no magic bullet to tackle deficits in public services, his main promise to voters apart from eradication of graft. His outfit also lacks the money and muscle power to pose much of a threat in villages where caste-based politics still trumps concern over corruption. That is why Congress and the BJP reckon they can restrict the neophyte to being a social media-fuelled urban pressure group.

But caste leaders also tend to be brazenly corrupt. For the two national parties to embrace tainted politicians ahead of an election could further alienate their urban supporters. The net result could be a hung parliament. Still, Indian democracy will take a shot at self-renewal, even if the process turns out to be messy or eventually fails. It’s the latter prospect that should worry investors most.

A volunteer from the newly formed Aam Aadmi (Common Man) Party sits inside the party's office in New Delhi October 1, 2013.

Arvind Kejriwal, the leader of the Aam Aadmi, or Common Man Party, proved the majority of his newly installed government in the state of Delhi, home to the national capital, on Jan. 2. The government depends on the support of the Congress Party, which lost power in the Dec. 4 polls for the state assembly.

Kejriwal’s one-year-old political outfit, born out of an anti-corruption campaign, will contest the general elections that are likely to be held in April 2014.