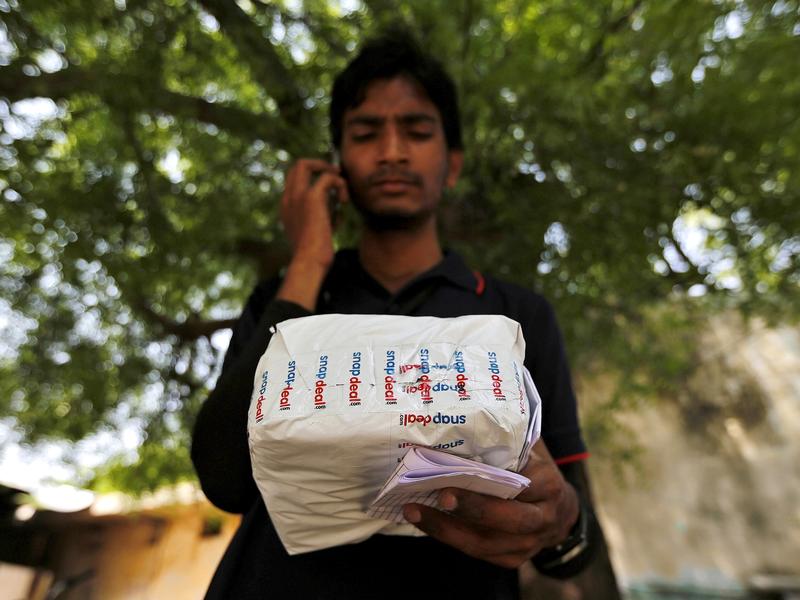 Amazon’s arch-enemy Flipkart has good reason to snub Mumbai and head to New York for an IPO in 2018. Its biggest global peers are listed stateside. With SoftBank and Alibaba as backers, the $12 bln retailer is primed to take its local fight against Jeff Bezos to global investors.

A worker of Indian e-commerce company Snapdeal.com makes a call to a customer before delivering a packet in Ahmedabad, India, April 17, 2015. After losing top engineering talent for years to America's tech heartland of Silicon Valley, India is luring them back as an e-commerce boom sparks a thriving start-up culture, unprecedented pay, and perks including free healthcare for in-laws. Picture taken April 17, 2015. To match INDIA-ECOMMERCE/WORKERS. REUTERS/Amit Dave - GF10000082310

Some early Flipkart investors, employees and ex-employees are selling their shares in the Indian e-commerce firm as part of a $2.5 billion investment deal agreed with Japan's SoftBank Group, Reuters reported on Nov. 30, citing two people familiar with the matter.

U.S. hedge fund Tiger Global is selling roughly $450 million of shares, having invested about $1 billion over the years, the person said.