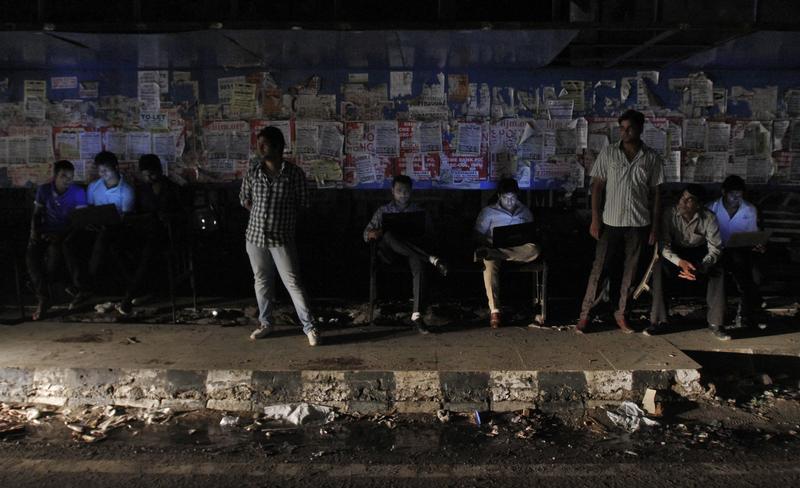 Biometric IDs have cut corruption and helped villagers get bank accounts. But the database may also hand too much power to the state, or hackers. Limiting its mandatory use, and introducing a data-protection law, will help retain faith in a system that helps speed up development.

Commuters work on their laptops as they wait for the bus to arrive at a bus stop during a power-cut at Noida, on the outskirts of New Delhi July 31, 2012. Hundreds of millions of people across India were left without power on Tuesday in one of the world's worst blackouts, trapping miners, stranding train travellers and plunging hospitals into darkness when grids collapsed for the second time in two days. REUTERS/Parivartan Sharma (INDIA - Tags: ENERGY SOCIETY TRANSPORT) - RTR35RIO

Indians must now provide a 12-digit biometric identity number when they open bank accounts, according to a June 1 circular from the finance ministry. Existing account holders must provide their so-called Aadhaar numbers by Dec. 31.

A Press Trust of India report said customers would have to quote the number along with their tax code, or Permanent Account Number, for all financial transactions worth more than 50,000 rupees ($776).

On June 9, India's Supreme Court ruled in favour of a move by New Delhi to curb tax evasion by requiring biometric numbers on tax returns. However, the court said people who do not yet have a number are exempt until it rules on a separate, pending right-to-privacy case.

More than 1.1 billion Indians now have an identity under the Aadhaar scheme, which launched in 2009.