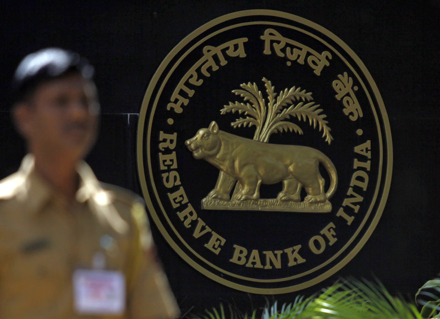 It will take more than another 25-basis point rate hike to tame India’s stubborn inflation. While the Reserve Bank of India raised rates to 8.5 percent on Oct. 25, its urgent task is to reduce expectations of more price increases with a more explicit inflation target. It might mean GDP slows a bit, but that’s an acceptable price to pay.

Inflation has stubbornly held above 9 percent on an annual basis for 10 months in a row, creating a real headache for India’s central bankers and politicians. Rates have been increased no fewer than 13 times since March 2010, but the RBI’s medicine does not seem to be having much effect.

The bank has argued that inflation isn’t entirely within its control. Supply bottlenecks that drive up food prices, and loose fiscal policy in Delhi, have played a big role. But even if true, those arguments have only led to a greater sense that the RBI has no confidence in its own ability to address the problem.

The result is a vicious wage-price spiral. Indians expect inflation to stay high, because consumer prices have risen at more than a 5 percent annual rate every month for five years. Inflationary expectations stand at over 10 percent. The RBI’s signal that its latest rate hike may be the last for a while could make that worse.

Instead of stepping off the gas, a better bet would be to surprise the market with an even more determined approach to fighting inflation. At present, the RBI appears content with a soft target of around 6-7 percent. But an explicit inflation target of 5 percent would send a clear and unequivocal signal.

Not everyone would welcome that kind of single-minded approach. High rates might take a toll on India’s GDP growth, expected to reach 7.6 percent in 2012. But if the inflationary fight drives growth too low, New Delhi can always create a boost with structural reforms, say removing caps on foreign investment in key sectors like retail. Without a tough line on inflation, India’s high growth rate will start to look unsustainable.

The Reserve Bank of India raised the repo rate by 25 basis points to 8.5 percent, in line with the expectations of economists polled by Reuters last week. The rate hike is the 13th since early 2010 but the RBI said it was likely to hold off on further increases as it expects high inflation to ease beginning December.
The Wholesale Price Index stood at 9.72 percent in September. The food price index rose 10.60 percent in the year to Oct. 8 and the fuel price index climbed 15.17 percent, up from 9.32 percent and 15.10 percent, respectively, a week earlier.