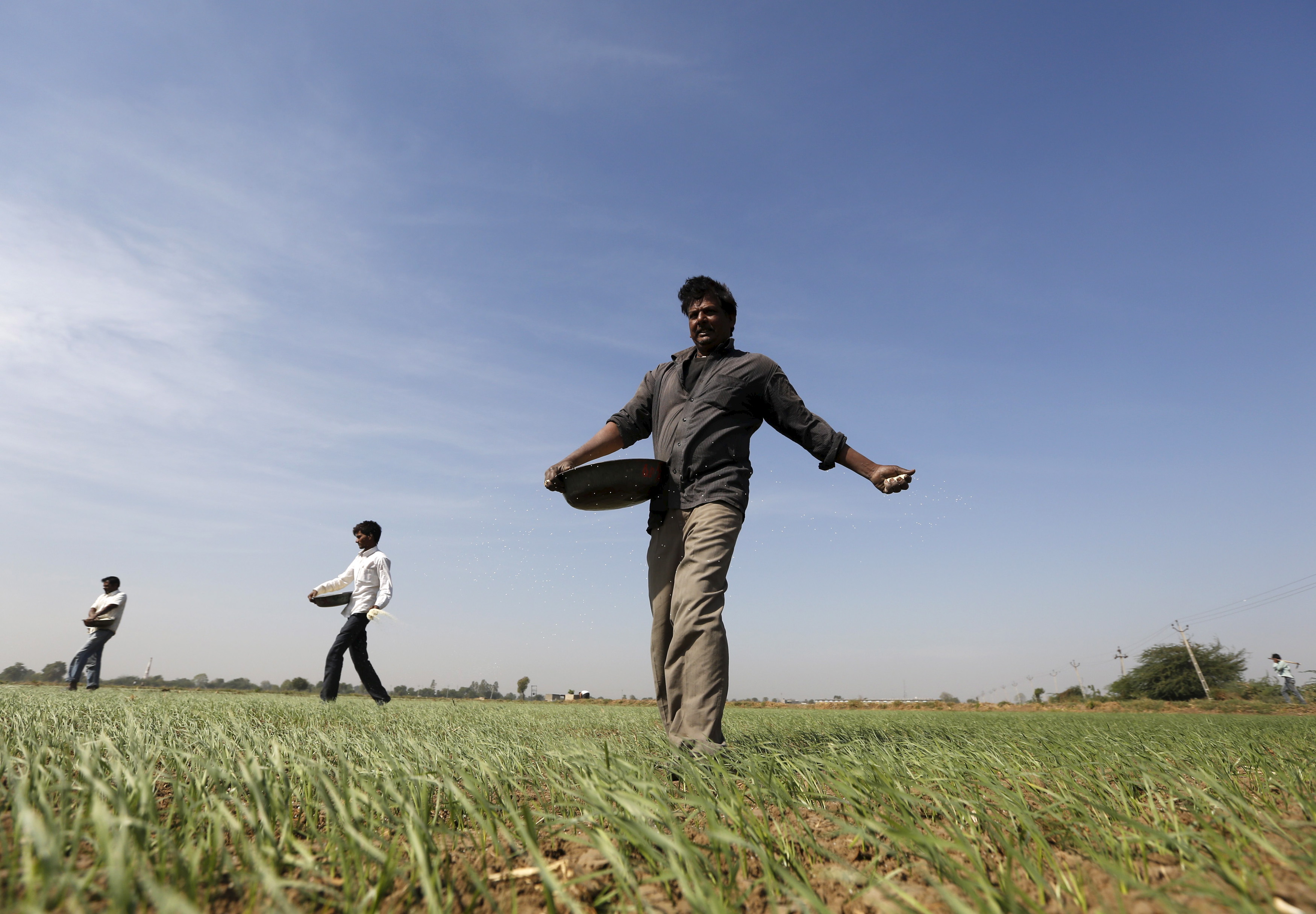 UPL may bid more than $4 bln for part of Platform Specialty, the U.S. group backed by Bill Ackman’s hedge fund, Reuters says. While overseas deals have led many Indian companies astray, a trim balance sheet and a solid deal-making history offer a chance to rewrite the record.

Farmers sprinkle fertilizer on a wheat field on the outskirts of Ahmedabad, India, December 15, 2015. India's Prime Minister Narendra Modi will recalibrate budget priorities in 2016 to focus on social initiatives, such as the country's first major crop insurance scheme, while capping previously prioritised infrastructure spending, officials say. Modi splurged on roads and railways this year in a strategy to spur economic growth. But it came partly at the expense of federal programmes for farmers and the poor, suffering through back-to-back drought years. Picture taken December 15, 2015. REUTERS/Amit Dave - RTX1YVVF

Indian agrochemicals producer UPL is exploring a bid of more than $4 billion for the agrochemicals business of New York-listed Platform Specialty Products to expand its global footprint, Reuters reported on July 24, citing people familiar with the matter.

The bid would challenge a rival offer by a private equity consortium of Blackstone and CVC Capital Partners, the sources said. UPL is in talks with buyout firm New Mountain Capital about teaming up on an offer, the sources said. There is no certainty that any bid from UPL will materialise.

Platform Specialty's shares jumped as much as 6.4 percent after publication of the news. UPL shares rose roughly 2 percent on July 25.

Mumbai-based UPL makes and supplies herbicides, insecticides and fungicides worldwide. It has a market capitalisation of 441 billion Indian rupees ($6.9 billion).