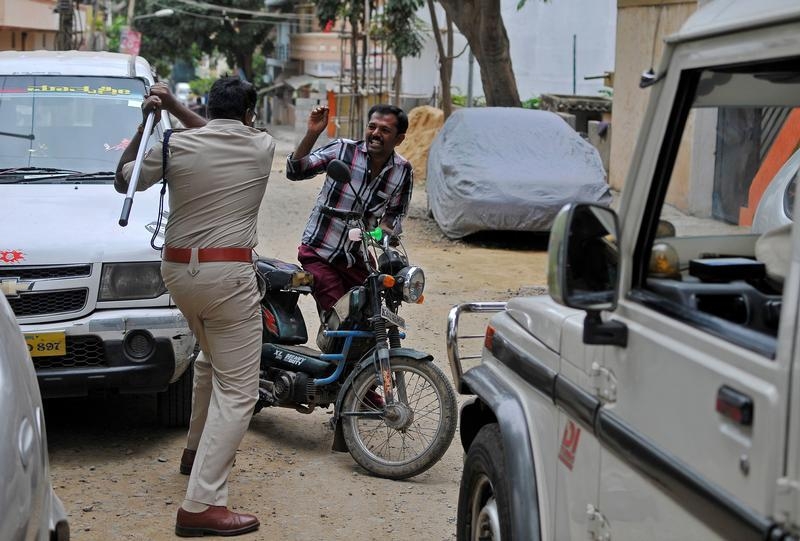 A dispute over water shut down the tech hub of Bengaluru. The city’s IT giants and startups are not water-intensive, yet global firms like Accenture and Infosys suffered. It is a reminder that environmental issues are costly, indiscriminate, and evermore real.

Police raises his baton at a man who defied a curfew in Bengaluru, following violent protests after India's Supreme Court ordered Karnataka state to release water from the Cauvery river to the neighbouring state of Tamil Nadu, India September 13, 2016. REUTERS/Abhishek N. Chinnappa TPX IMAGES OF THE DAY - RTSNHZX

Indian and foreign technology companies closed offices in the technology hub of Bengaluru and told staff to stay at home after riots over the diversion of water from a river, Reuters reported on Sept. 13. Most offices reopened on Sept. 14, but some neighbourhoods remained under curfew.

The Cauvery river has been the source of tension between the states of Karnataka and Tamil Nadu for more than a century. Violence over who gets access to its water has flared before, but local politics and a severe drought have caused the relationship to deteriorate further.

The latest dispute was triggered by a Supreme Court order directing Karnataka to release more supplies to drought-stricken Tamil Nadu.

Bengaluru is home to major local IT groups such as Infosys, Wipro, Mphasis, Ola and Flipkart, and many multinationals including Samsung, Oracle, Amazon, and Thomson Reuters have local offices there.