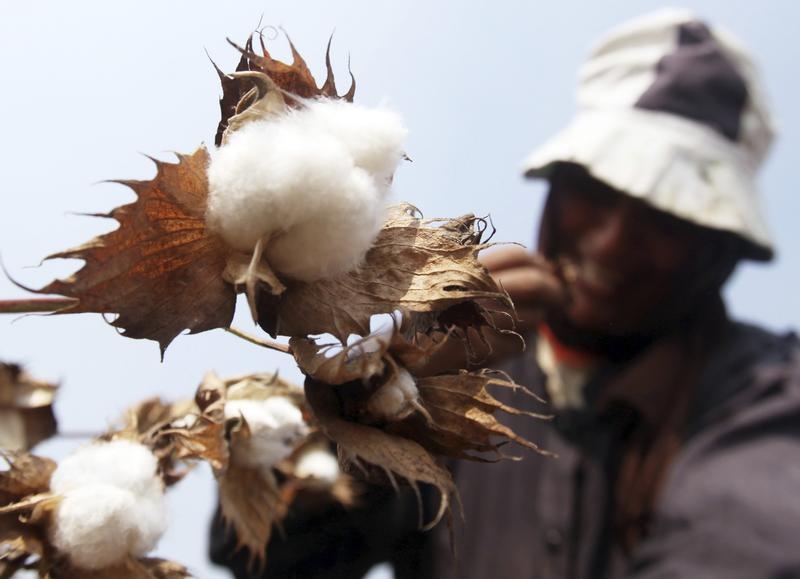 The Indian firm’s shares have nearly halved since customer Target alleged Welspun passed off cheap sheets as Egyptian cotton. Markets tend to assume the worst. Fuzzy language and absence of the CEO amplify the problem. Welspun is failing at the basics of crisis communications.

A farmer picks cotton on a farm in Qaha about 25 km (16 miles) north of Cairo, September 22, 2011.The cotton farm owner, El Nawawy told Reuters, production had dwindled in recent years due to the use of low quality fertilisers, poor irrigation and other factors. He hoped the new government after Hosni Mubarak, who was ousted in February, would give more support to farmers in future. REUTERS/Amr Abdallah Dalsh (EGYPT - Tags: CIVIL UNREST POLITICS) - RTR2ROAB

Shares of Welspun India have almost halved since Aug. 19 after customer Target Corp said it was terminating its relationship with the Indian textile firm. The fall has wiped 49.4 billion rupees ($737 million) off Welspun's market value.

Target said that it had confirmed that Welspun had substituted another type of non-Egyptian cotton when producing Egyptian cotton 500-thread count sheets between August 2014 and July 2016. The New York-listed company added that the problem affected 750,000 sheets and pillowcases.

On Aug. 20, Welspun acknowledged a "product specification issue with one client" and said it was appointing one of the big four external auditors to audit supply systems and processes.

On Aug. 22, on a conference call, Welspun Managing Director Rajesh Mandawewala admitted that there had been "a failure on our part" about the "provenance of the fibre", without elaborating.

Other customers including Bed Bath & Beyond, JC Penney, and Wal-Mart have since said that they are also reviewing supplies from the Indian firm.

The Wall Street Journal reported on Aug. 26 that Wal-Mart had investigated Welspun in 2008 for proof that its Egyptian cotton-labelled products were authentic. The newspaper said the outcome of that investigation was unclear.