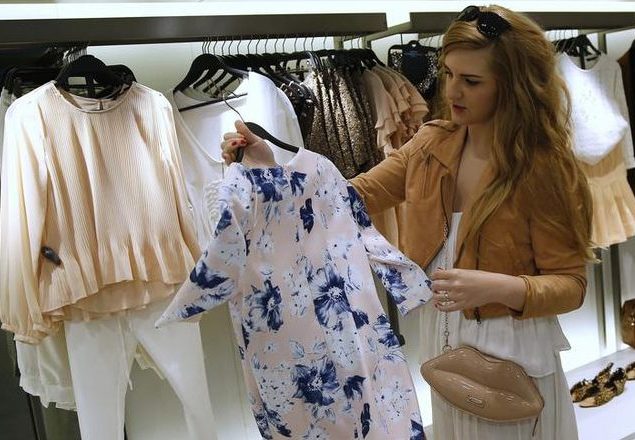 The owner of fashion chain Zara’s like-for-like sales in 2015 were its best in a decade. Not bad for a retailer that eschews ads. The luxury valuation that has produced would make sense if not for currency wobbles, and the company’s reticence on the economics of its online business.

A woman looks at clothes inside a Zara store in central Madrid March 18, 2014.

The owner of the Zara clothing chain’s gross margin dropped 50 basis points to 57.8 percent for the year, and was 55.6 percent in the final quarter of the year.

Inditex said all its brands would be sold online in all European markets and Turkey during 2016. Spain accounted for 17.7 percent of sales in 2015, down from 19 percent a year earlier. Asia and Americas increased to 23.5 percent and 14.7 percent respectively.

Sales rose 15 percent in local currencies in the period from Feb. 1 to March 7.

Inditex said capital expenditure for this financial year would be 1.5 billion euros, compared to 1.4 billion euros in 2015, as the company planned 400 to 460 new stores, with 100 to 120 units absorbed into neighbouring stores. Inditex said it would grow space by 6 percent to 8 percent a year, below previous guidance of 8 percent to 10 percent.