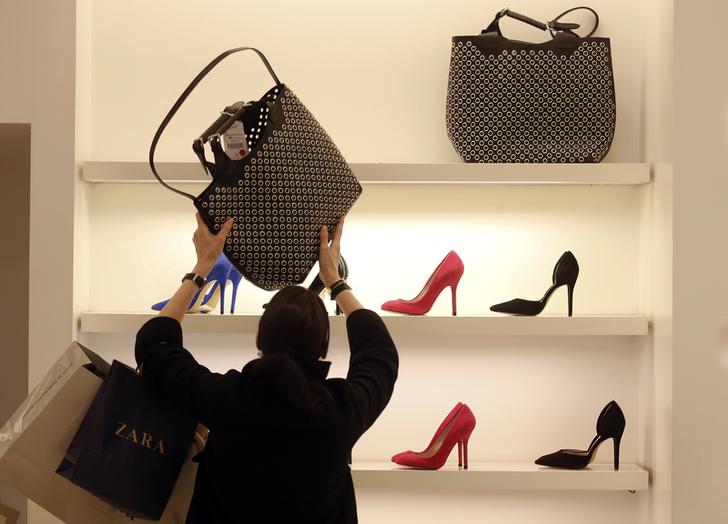 Inditex is back in fashion. The Zara owner’s shares have risen more than 20 percent this year, against 7 percent for rival H&M’s. The Spanish recovery, a weakening euro and the group’s nimble business model justify a premium valuation. But at more than 30 times forward earnings, the good news is already priced in.

There are many reasons to be bullish on Inditex. Spain, the group’s most important market with 19 percent of sales, is seeing a strong economic recovery. Currency headwinds have been a drag, but going forward should provide a tailwind, save for the weakness of the Russian rouble. Moreover, Inditex sources around half of its products close to home in euros, contrary to other clothing retailers more dependent on the U.S. dollar. Foreign exchange headwinds could shave up to 200 basis points from H&M’s gross margin this year, while adding 30 basis points to that of Inditex, according to Barclays estimates.

Cashflow should improve for other reasons. After investing heavily in logistics and refurbishment of flagship stores in past years, Inditex expects less capital spending going forward. The company generated 3.4 billion euros in cash from operations last year, not quite enough to cover dividends and capital expenditure.

Inditex started the year on the right foot, with sales growth of 13 percent in the six weeks from Feb.1 to March 14. Net income grew just 5 percent last year, but 15.6 percent in the fourth quarter against the same period in 2013. This bodes well for a return to double-digit earnings growth in 2015.

Can the Spanish group keep up the pace? Arguably, yes. Inditex still has growth potential via new store openings and its online platform. But multiples are now trading at close to 10-year highs, according to Bernstein estimates. H&M, due to report results later this month, is trading at 25 times. Inditex may have a glitzy story to tell, but its shares no longer look a bargain.