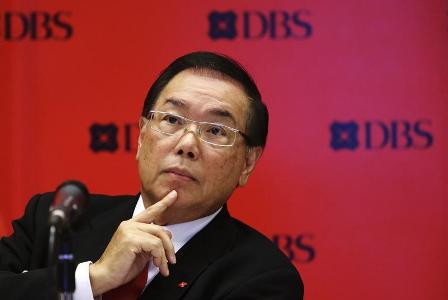 There are no winners from DBS’s failed takeover of Indonesia’s Danamon. But the biggest loser is Indonesia’s attractiveness as a destination for foreign investment.

For DBS, withdrawing the $7.2 billion bid is a setback. The Singapore-based bank had hoped to use Danamon to expand in a country that offers greater growth potential than its relatively mature hubs of Singapore and Hong Kong.

Still, there are consolations for DBS. It will not assume the risks inherent in buying a big bank in country whose economic prospects have dimmed since the proposed deal was first announced in April 2012. Moreover, the change of plan leaves DBS with spare capital, some of which could be returned to shareholders.

Temasek is also left red-faced. The Singapore sovereign fund’s involvement as a shareholder in both banks helped spark an anti-Singapore political backlash in Indonesia. The value of its investment has also been reduced by new Indonesian restrictions which limit single bank shareholders to a 40 percent stake. That makes Danamon a less attractive target because Basel capital rules make it expensive for banks to hold minority stakes in other lenders.

However, Temasek can also take comfort. It is under no immediate pressure to sell. And though Danamon shares fell by more than 13 percent on Aug. 1, Temasek’s 67 percent shareholding is still a highly successful investment.

For Indonesia, though, there are no silver linings. The government’s handling of the bid has been shambolic. The country rushed out formal rules on ownership only after DBS launched its offer. The central bank governor waited a year, and until his last day in office, to deliver his verdict: full takeover would not be permitted unless Singapore opened up its market to Indonesian banks.

It is more than enough to discourage foreign banks in Indonesia. Though Japan’s Sumitomo Mitsui is buying a minority stake in local lender BTPN, Dutch lender Rabobank has abandoned the sale of its Indonesian unit due to a lack of prospective buyers.

Indonesia can ill afford to send such confused signals. But a more welcoming stance is highly unlikely before next year’s presidential election.

DBS Group Holdings Chairman Peter Seah looks at presentation slides during a teleconference at its headquarters in Singapore April 2, 2012.

Singapore’s DBS said on July 31 it would allow its bid for a controlling stake in Indonesia’s Bank Danamon to lapse, ending more than a year of negotiations and behind-the-scenes lobbying for approval for the country’s biggest bank takeover.
DBS last year agreed to buy a 67 percent stake in Danamon from Temasek, the Singaporean sovereign wealth fund, in a deal that valued the Indonesian lender at $7.2 billion. Temasek also owns 29.3 percent of DBS. However, the transaction ran into political resistance in Indonesia, which subsequently introduced a rule preventing shareholders from owning more than 40 percent of a bank without regulatory approval.
In May, Indonesia’s departing central bank chief said DBS would be allowed to buy up to 40 percent of Danamon, but that raising its stake further would depend on Singapore opening up its market to Indonesian banks.
DBS said: “We are positive about Indonesia’s long term potential, and will continue to grow our DBS Indonesia franchise, while remaining open to opportunities as they arise.”
Shares in DBS were up 3.2 percent at S$17.2 at 3:45 p.m. (0845 GMT) on Aug. 1. Shares in Danamon were down 13.9 percent at 4475 Indonesian rupiah.