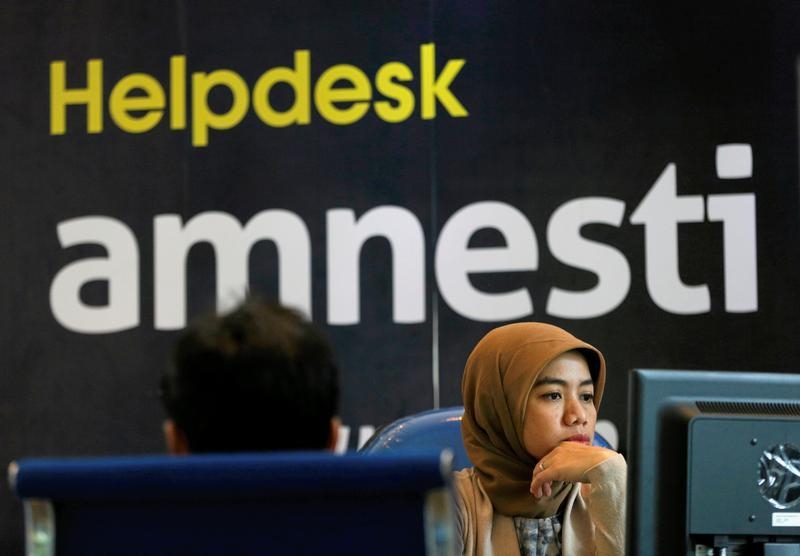 Indonesia is set to cash in on a model tax amnesty. Locals have declared assets worth almost $200 billion in the first three months of a nine-month scheme. That is a decent chunk of the $900 billion-odd that authorities reckon citizens have squirreled away in tax havens like Singapore. Some $5.7 billion in proceeds will ease pressure on the public purse.

The haul is significant by global standards. Italy managed to convince citizens to declare about 60 billion euros ($67 billion) last year. Argentina could hit up to $80 billion in its current amnesty. Prominent figures are rushing to participate, including Lippo Group boss James Riady and Hutomo Mandala Putra, a son of the late authoritarian president Suharto.

An incredibly low penalty is one reason the scheme has already performed so well. Citizens that come clean before the end of September have to pay a penalty of 2 percent on funds repatriated and 4 percent for money left overseas.

Another reason for success is that it is the first amnesty in a while. Indonesia’s last effort was almost a decade ago. Citizens need to believe the reprieve is effectively a one-off in order to take part. One reason such schemes often perform badly in other places, like India, is because they are too frequent.

A credible government helps too. Sri Mulyani Indrawati, formerly at the World Bank, returned in July for a second stint as finance minister and is seen as a safe pair of hands to restore economic stability. That should create better investment opportunities for cash that is repatriated. Economists hope the amnesty will be followed by a cut to the corporate income tax rate from 25 percent to something closer to the 17 percent offered in Singapore. Indonesia has a big stick too – abstainers caught later will have to pay a 200 percent penalty.

These factors, combined with a global regulatory crackdown, have worked in Indonesia’s favour. The introduction of “Common Reporting Standards”, an international scheme forcing the exchange of information on account holders across different jurisdictions is making it harder to hide from the law. Now is a good time for other countries to strike too.

Indonesians have declared almost $200 billion of assets in a tax amnesty, according to the tax directorate.

More than 100,000 citizens have signed up since the programme launched in July, declaring more than 2,514 trillion rupiah ($194 billion) of assets at home and overseas.

Indonesians have declared almost $200 billion of assets in a tax amnesty, according to the tax directorate.

More than 100,000 citizens have signed up since the programme launched in July, declaring more than 2,514 trillion rupiah ($194 billion) of assets at home and overseas.