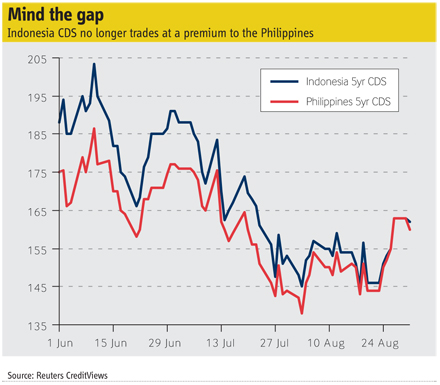 As investors drove the main index down 9 percent, authorities sold dollars to smooth their exit, resisting the urge to prop up stocks. That’s smart. The panic is more about Europe and the U.S. than Indonesia. Other hot-money havens like Australia and India may face similar tests.

Indonesia’s central bank bought 1.74 trillion rupiah ($196.2 million) of government bonds in the secondary market, the bank said on Sept. 22. The benchmark stock index fell by 8.9 percent on the same day.

Bank Indonesia’s monetary policy director had said earlier on Sept. 22 that the central bank was intervening in the foreign exchange market and buying government bonds to stabilize the Indonesian rupiah, which slid as much as 3 percent during the week on foreign investor selling.