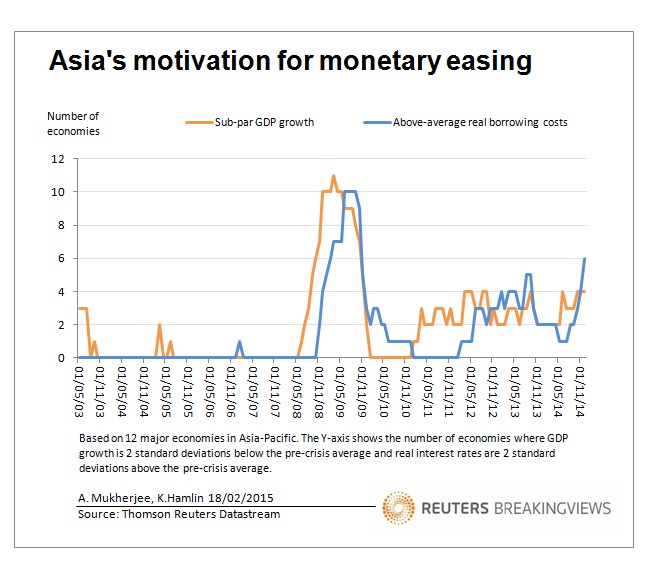 The quarter percentage point cut in interest rates came just three months after an increase. Such jumpiness is rare, but rational. From China and India to Singapore, disinflation has taken central banks by surprise. They are now scrambling to keep real borrowing costs in check.

Bank Indonesia surprisingly lowered its benchmark rate by a quarter percentage point to 7.5 percent on Feb. 17, just three months after raising it.

The central bank said in a press release that the easing move was borne out of its “conviction that inflation will remain under control at the lower end” of its target range of 3 to 5 percent this year and next.