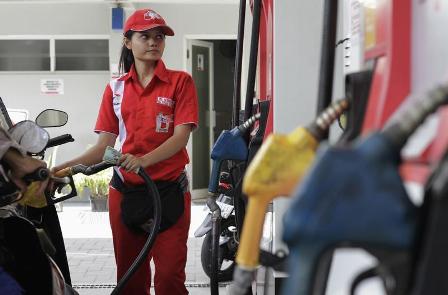 Indonesia’s overhaul of energy subsidies is the right plan, but its timing is highly suspect. Hiking state-controlled diesel and gasoline prices by 22 and 44 percent, respectively, will lift prices when investors are already jumpy: $4.7 billion in financial capital left the country in the last quarter. To prevent higher inflation from spooking investors further, the central bank will have to raise interest rates. That means sacrificing GDP growth.

For the past five years, the government has refrained from raising energy prices, choosing instead to absorb the subsidies – $20 billion last year – in the budget. But with the fiscal deficit ballooning, lawmakers agreed to a price increase, while also handing out $910 million to poor families.

The decision will automatically boost prices. Morgan Stanley economist Deyi Tan reckons inflation will rise by 3 percentage points to around mid-8 percent. It will also prompt domestic investors to demand additional yield as compensation for keeping their wealth at home. In 2005, when Indonesia made two hefty upward adjustments to gasoline and diesel prices, locals took almost $10 billion out of the country, precipitating a mini-currency crisis. That precedent will make Indonesia’s central bank extra careful this time around, especially as markets anticipate the possibility of the Federal Reserve scaling back its asset purchase programme. The central bank last week raised its benchmark interest rate by a quarter of a percentage point.

For Indonesia’s authorities, higher interest rates and lower growth will be an acceptable price. The alternative is a sharp fall in the rupiah, so that foreigners find local assets to be attractively priced in their home currencies. But that avenue is littered with potholes. For one, it will add to inflation by increasing the cost of imported goods. At the same time, private borrowers’ cost of servicing overseas debt will increase.

A somewhat slower pace of expansion won’t be a calamity in an economy that has chalked up real GDP growth of more than 6 percent for 10 straight quarters. But the combination of a sharp slowdown and higher interest rates could cause bank loans to start turning sour, delaying any recovery. By resisting much-needed reforms for so long, the government has made the pain of eventual adjustment a lot worse than it should have been.

Indonesian lawmakers agreed on June 17 to pay 9 trillion rupiah ($910 million) in cash compensation to poor families as part of a government plan to raise retail gasoline and diesel prices by 44 percent and 22 percent, respectively. The move is designed to pare fuel subsidies and contain Indonesia’s budget deficit.
The planned fuel price increase, which was shelved last year, will boost inflation by almost 3 percentage points to “mid-8 percent territory,” according to Morgan Stanley economist Deyi Tan.