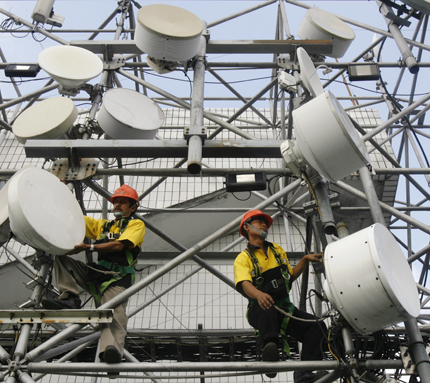 A Jakarta court will soon decide if offering Internet on a 3G network without paying mobile license fees is a corrupt practice. A guilty verdict will put small providers at risk and dent investor confidence just when the economy looks vulnerable to the risk of capital flight.

Indosat priced a US$650m bond into a rallying market

On July 8, a corruption court in Jakarta will give its judgement in a case involving the government and Indosat, the country’s second-largest mobile carrier.
The government’s attorney claims that a former top official at IM2, an Internet service provider owned by Indosat, defrauded the exchequer of 1.3 trillion rupiah ($130 million) by renting the network of its parent and not paying a license fee.
The telecom ministry says the companies did nothing illegal since Indosat paid for the 3G license.
Indonesia has more than 200 Internet service providers, most of which are small and mid-sized companies.