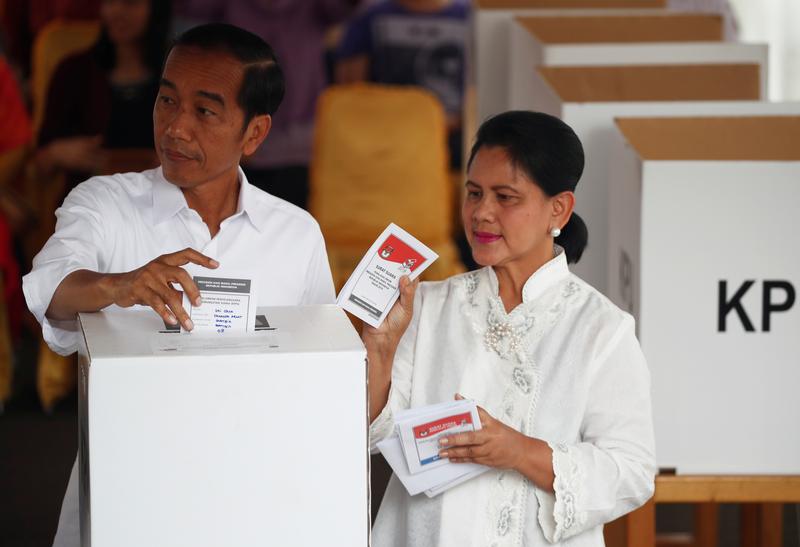 Polls suggest Joko Widodo won another term, but with a narrow enough victory margin to embolden a belligerent opposition. There were pockets of populist success, too. That will temper hopes he’ll finally tackle energy subsidies and even rigid labour rules to woo foreign money.

Joko Widodo has won Indonesia’s presidential election, according to preliminary figures published on April 17 ahead of the first official results due on May 22.

Prabowo said on April 17 that he had won between 52 percent and 54 percent of the vote.

The new president is slated to be inaugurated in October.