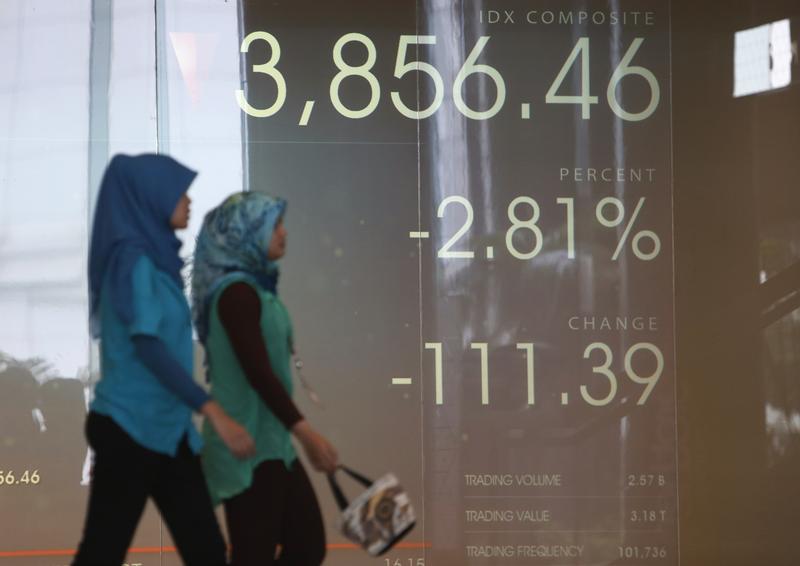 The central bank has raised rates to limit the damage to its currency from a Turkey-triggered drop in emerging markets. Meanwhile, the government is slapping tariffs on some imports. Monetary fixes are rarely enough but Jakarta’s solutions may jeopardise welcome economic reforms.

Women walk in front of a screen of the Indonesia Stock Exchange in Jakarta August 28, 2013.

Indonesia’s central bank on Aug. 15 raised its benchmark interest rate by a quarter of a percentage point to 5.50 percent, its fourth hike since mid-May.

Twelve of the 19 analysts surveyed by Reuters had expected interest rates to be left unchanged.

Indonesia on Aug. 15 reported a larger-than-expected July trade deficit of $2.03 billion, compared with analysts’ expectations of $600 million, according to a Reuters poll.

Finance Minister Sri Mulyani Indrawati said on Aug. 14 that Indonesia would introduce “corrective” measures to support the currency, including a 7.5 percent import tax on 500 consumer goods that Indonesia can produce locally. The products have not yet been named.