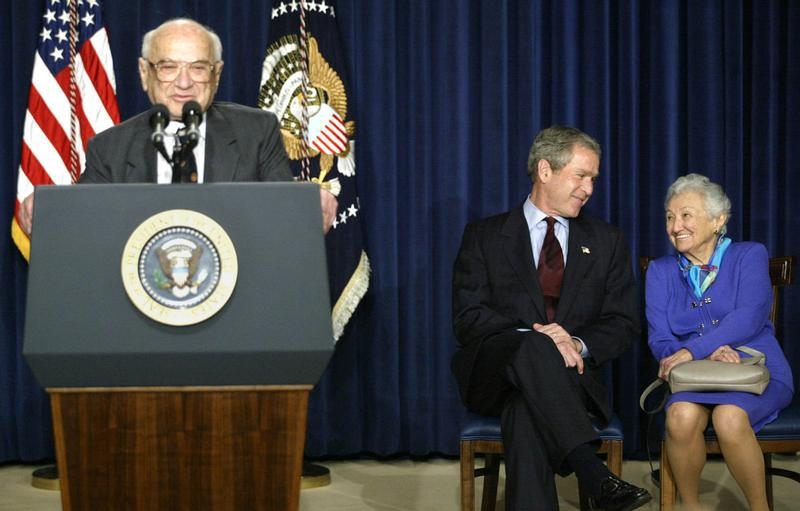 Reality is not being kind to Milton Friedman’s dictum that inflation is “always and everywhere a monetary phenomenon.” The U.S. money supply is rising faster than output, yet prices are going down. For now globalization, unemployment and aging may be the keys to wages and prices.

According to Sept. 17 data from the Bureau of Labor Statistics, the U.S. consumer price index fell 0.2 percent in August, while the core CPI, which excludes food and energy prices, was flat. Over the last twelve months, both the CPI and the core CPI have risen 1.7 percent.