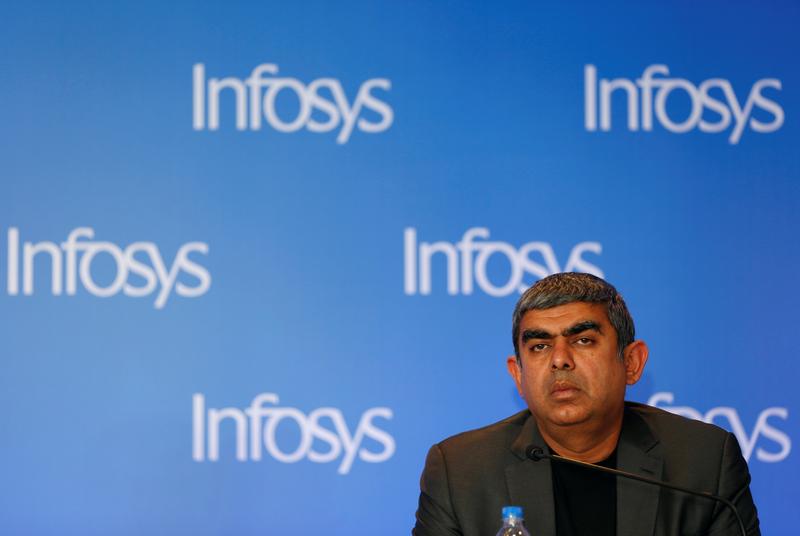 Boss Vishal Sikka is following rivals TCS and HCL in returning $2 bln of its unused war chest. The move reflects a shortage of big takeover targets. It should help to lift some gloom around the Indian IT firm, given slowing growth and a public spat between its founders and board.

Infosys said on April 13 it would return up to 130 billion rupees ($2 billion) to shareholders in this financial year, in addition to its ordinary payouts, through dividends or share buybacks.

The Indian information technology company said sales grew 0.7 percent in constant currency terms for January to March, compared to the previous three months. It expects 6.5 percent to 8.5 percent growth for the financial year to March 2018.

Infosys also appointed independent director Ravi Venkatesan as co-chairman of the board. Venkatesan has been on the board since April 2011.

Infosys shares have fallen around 18 percent in the past year – more than the declines of all the other major Indian IT companies. The local benchmark Nifty has gained 17 percent over the same period.