Back to the basics 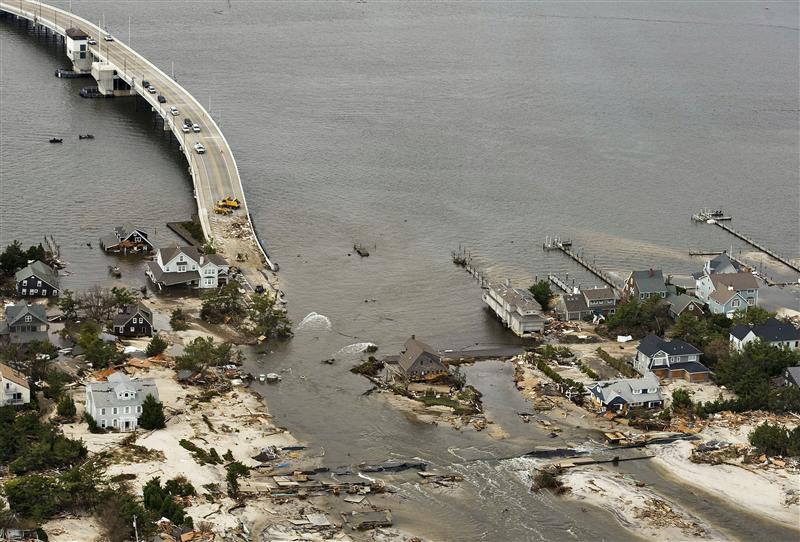 It won’t be long before Democrats will want to throw some form of economic stimulus into the discussions over righting America’s finances. Tactically, it could be a useful variable to add to the the negotiations with Republicans. Trouble is, most of them equate stimulus with waste. But there’s a way for the White House to square the circle by capitalizing on bipartisan disgust over the nation’s crumbling roads, collapsing bridges and insufficient sea walls. Call it the infrastructural upgrade card.

Politicians from both sides of the aisle rightly bemoan the country’s sclerotic backbone. But disagreement over the best way to rejuvenate it helped scuttle a proposal to create an infrastructure bank from the White House last year. The election and Hurricane Sandy, however, give President Barack Obama enough political cover to insert the “I-word” back into the debate. Voter support gives him leverage while the embrace of Republicans like New Jersey Governor Chris Christie – a vociferous critic during Obama’s first term – after the storm ravaged his coastal state indicates old battle lines are being redrawn.

The storm’s price tag also puts infrastructural spending in a different light. New York and New Jersey could end up asking Uncle Sam to cough up more than $60 billion to help defray costs. To put this number in context, the annual revenue from tax rate increases for the wealthy – the political sticking point in budget negations – would only cover half of that cost. Such math alone should knock heads together. Building a 21st-century sea wall, for example, to protect lower Manhattan from rising waters, could cost $10 billion, but over time would more than pay for itself in avoiding future storm damages.

Bringing stimulus to the table may also be tactically shrewd. After all, it’s always easier to horse-trade when there is more rather than less up for grabs. Republican Speaker John Boehner appears to have understood this. He suggested the repeal of Obamacare should be part of any quid pro quo for Republicans agreeing to higher tax revenue. Obama, who may have to make his own concessions on entitlement benefits to clinch a deal, needs more variables in his negotiations. Stimulus may be a four-letter word for most Republicans, but with an infrastructural twist they may just accept it.

New York State Governor Andrew Cuomo will request $42 billion from the federal government to help cover the costs associated with Hurricane Sandy and to fund projects that will help mitigate damage in the future.
New Jersey’s Republican Governor Chris Christie estimated the total cost to be $29.4 billion.

A view shows a house surrounded by water after a storm tidal surge washed away the road at the end of the bridge from the mainland during Hurricane Sandy in Mantoloking, New Jersey October 31, 2012. The U.S. Northeast began an arduous slog back to normal on Wednesday after historic monster storm Sandy crippled transportation, knocked out power for millions and killed at least 64 people with a massive storm surge that caused epic flooding. REUTERS/Steve Nesius

New York State Governor Andrew Cuomo will request $42 billion from the federal government to help cover the costs associated with Hurricane Sandy and to fund projects that will help mitigate damage in the future.
New Jersey’s Republican Governor Chris Christie estimated the total cost to be $29.4 billion.