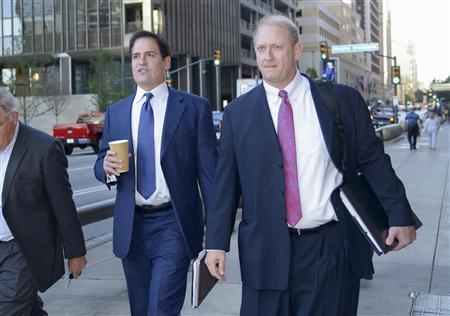 The rules against insider trading are fouling out in the Mark Cuban court case. The investor and owner of the Dallas Mavericks basketball team is on trial for selling stock based on material nonpublic information almost a decade ago. But it’s far from clear he did anything illegal. Duties of trust and other fuzzy concepts make the law in this arena uncertain at best.

Insider-trading convictions are rarely slam dunks, even against the likes of Galleon Group founder Raj Rajaratnam or former McKinsey boss Rajat Gupta. To nail Rajaratnam, for instance, prosecutors had to overcome a plausible argument that the incriminating tidbits he gathered weren’t material in the overall collection of data he traded on. Gupta, meanwhile, raised serious doubts about whether he benefited from passing tips to Rajaratnam, an essential element of his crime.

Cuban’s case involves an even more difficult issue. The billionaire avoided losing some $750,000 in 2004 by dumping his Mamma.com stock after learning the search firm planned a private placement that would dilute his shares. The Securities and Exchange Commission claims he was given that information in confidence and agreed not to trade. Cuban denies it.

Even if the SEC is correct, however, the Supreme Court has ruled that an investor like Cuban isn’t liable unless he violates a duty of trust to the source of the tip – in this case Mamma.com’s chief executive. A mere promise to keep the information secret and not trade on it isn’t enough. Since Cuban didn’t have a duty to the CEO – he wasn’t, for example, an employee – his insider trades probably weren’t technically illegal.

That might not matter, though. A federal appeals court and the judge hearing the case have already decided, contrary to Supreme Court precedent, that breaching a bargain with the boss could be enough to bench the basketball entrepreneur. So if Cuban loses his claim that no such bargain existed, he may have to go to the Supreme Court for vindication.

The case’s complexity highlights what’s wrong with insider-trading law. When even the courts don’t agree on elements of the offense, investors have a tough time following the rules. It’s time Congress got off the sidelines and made clear what is and isn’t allowed.

Mark Cuban, owner of the Dallas Mavericks basketball team, on Oct. 7 resumed testifying at his insider-trading trial. The U.S. Securities and Exchange Commission has accused him of selling $7.9 million worth of shares in Montreal-based Mamma.com in 2004 after learning that the search firm planned a private placement that would dilute his holdings and reduce their value.