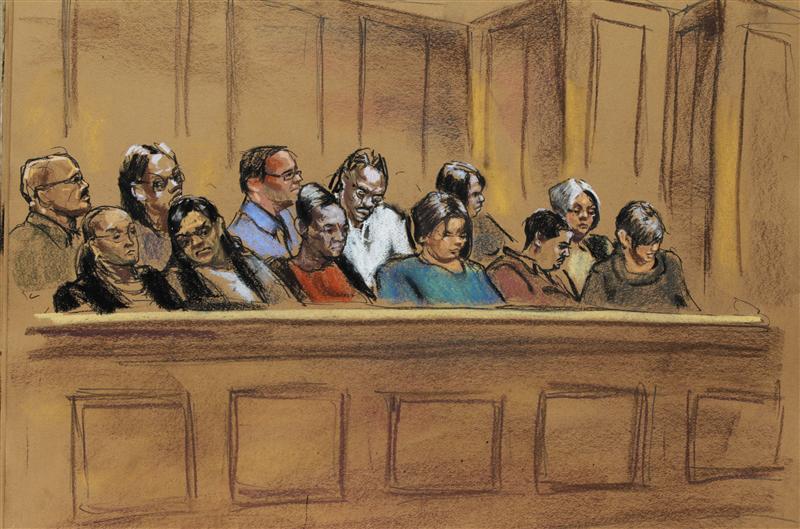 A former Galleon trader guilty of illegal trading became an informant to help nab others, including kingpin Raj Rajaratnam. The stoolie was rewarded with probation and community service instead of up to 25 years in prison. Such leniency risks overreliance on criminals.

Members of the jury listen to proceedings of the trial against Galleon Group hedge fund founder Raj Rajaratnam in this courtroom sketch made in Manhattan Federal Court in New York May 11, 2011.

Slaine pleaded guilty in 2009 to trading on inside information seven years before, when he was the head trader at Chelsey Capital. Regulators claim he executed illegal trades for the hedge fund and his own account, reaping profits of more than $500,000 for himself and as much as $7 million in total.

Rather than face a sentence of up to 25 years in prison, Slaine agreed to cooperate with federal agents. He secretly recorded dozens of conversations with friends and colleagues, including ex-Galleon trader Zvi Goffer, and testified at the trials of Goffer, his brother Emanuel Goffer, and Michael Kimelman. All were convicted last year of insider trading. Federal prosecutors say his cooperation led to guilty pleas from nine others and helped produce evidence against Rajaratnam, who is serving a sentence of 11 years in prison.

In addition to probation, U.S. District Judge Richard Sullivan sentenced Slaine to 300 hours of community service and a $500,000 fine.