Putting the PR in PRC 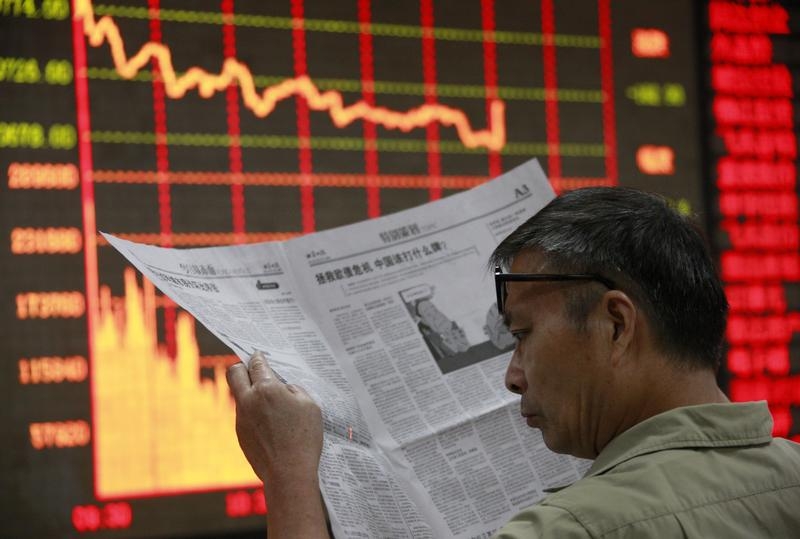 Xinhuanet is an investment rarity: an online media group that is both fast-growing and profitable.  Booming advertising revenue is propelling the digital arm of China’s state-owned news agency Xinhua towards an initial public offering that could value it at close to $1 billion. Its success doesn’t depend on headlines or scoops, but on being the Communist Pary’s main mouthpiece.

While Western internet advertising rates keep falling, banners and other marketing tools help Xinhuanet pay the bills. Ad sales grew 59 percent in 2013, fuelling a 24 percent jump in net profit. Though the company doesn’t publish data for unique users, it’s clearly attracting eyeballs: Xinhuanet.com has risen to 70 on Alexa’s ranking of the popularity of global websites. The New York Times, which charges a subscription fee to regular users, is at 130.

Xinhuanet is hardly a model for online journalism, though. It combines stodgy, heavily censored reports on Party initiatives with a baffling array of slide shows – recent highlights include an album trailing a pretty Korean presenter around the World Cup. Nor is it a tech wunderkind. Despite plans to raise $240 million for initiatives including “new media technology research and development”, its current offerings lack creative flair.

What it does have is a lucrative monopoly on PR in the People’s Republic. Xinhua has had a direct line into leaders’ news and views since the thirties, giving it exclusive access to the inner workings of the world’s second largest economy. Though this insight comes at the cost of objectivity, outsiders still have to pay attention. Other benefits of state ownership include subsidies, secure licenses, and connections that allow it to attract influential readers and deep-pocketed advertisers.

That could help Xinhuanet’s listing repeat the success of People.cn. Shares in the online unit of the People’s Daily newspaper have nearly doubled in value since their 2012 debut, and now trade on almost 80 times last year’s earnings. A market capitalization of $960 million would imply a multiple of just 36 times for Xinhuanet.

There are limits: neither Xinhuanet nor People’s Daily tempt substantial audiences and revenues from beyond China, and both will continue to depend heavily on their powerful state-backed parents. But as long as ads add up, China may be good enough.

An investor reads a newspaper in front of an electrical board showing stock information at a brokerage house in Huaibei, Anhui province September 19, 2011. REUTERS/Stringer

China’s online news service Xinhuanet is planning to sell new shares equivalent to a 25 percent stake in the company via an initial public offering on the Shanghai Stock Exchange, according to a prospectus filed to China Securities Regulatory Commission on June 27.

The company hopes to raise 1.5 billion yuan ($240 million) for various initiatives including new media technology research and development, data analysis and online education, according to the prospectus. If it meets that goal, Xinhuanet would be valued at $960 million.

Xinhuanet’s revenue grew 38 percent to 456 million yuan in 2013, according to its prospectus. Of this, around 290 million yuan came from advertising, up 59 percent from a year earlier. Other sources of revenue include information services, website construction and maintenance.

Fellow state media company People.cn listed on the Shanghai Stock Exchange in April 2012. Its share price has risen 97 percent since its debut. Advertising and promotional services remain its most important revenue streams, accounting for 53 percent of its 1 billion yuan revenue in 2013.

Xinhuanet.cn ranked 70 in Alexa’s global website popularity rankings as of July 7, while People.cn ranked 65. Alexa’s rankings for these websites are estimates based on traffic patterns across the web as a whole. Xinhuanet.com attracted an estimated 37,361 unique visitors per million internet users in a sample taken by web data analyst ChinaRank, according to the prospectus.

The sale will be underwritten by China International Capital Corp.

Xinhuanet did not respond to an email about the listing.

(Additional reporting by the Beijing Newsroom)