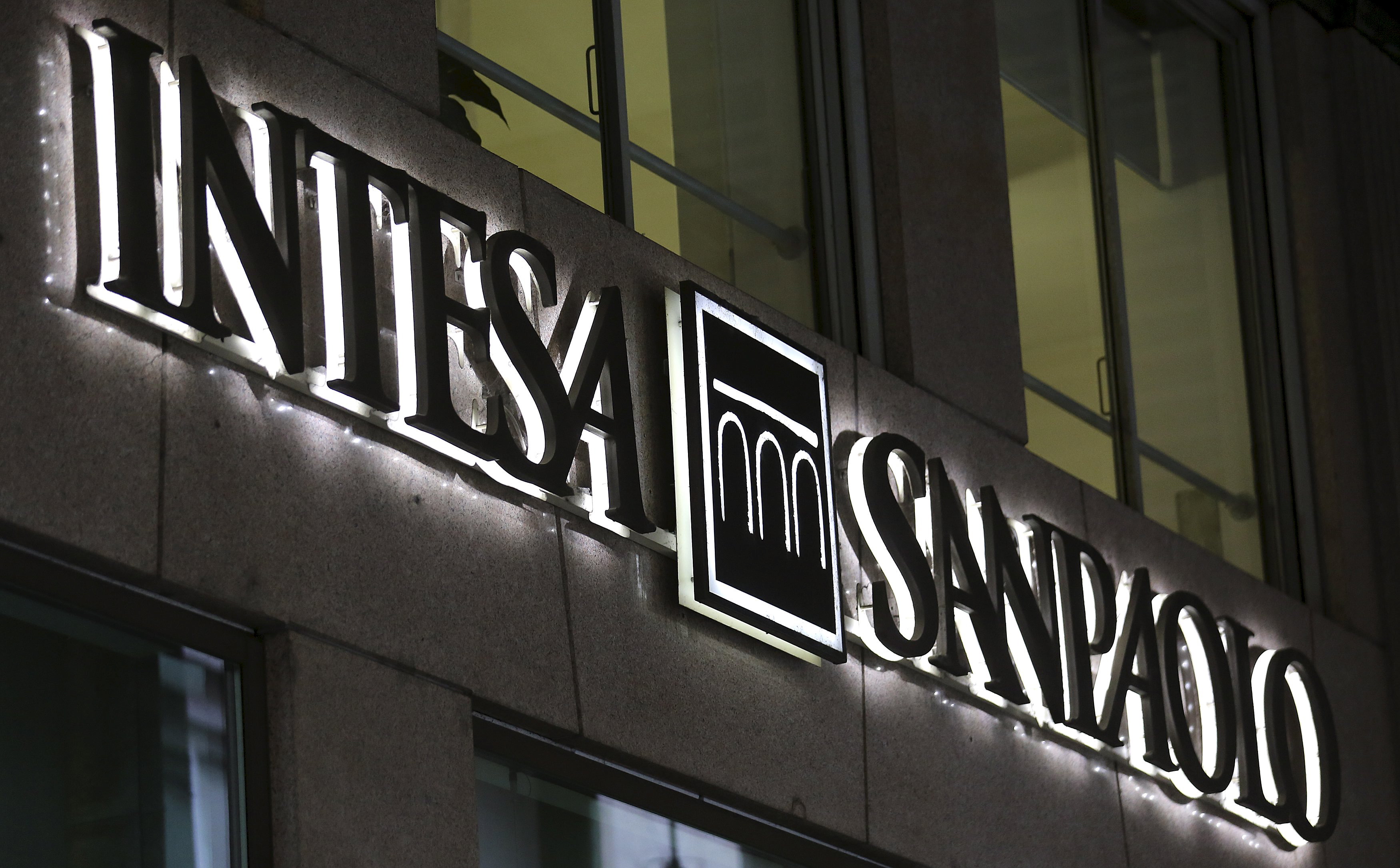 The country’s biggest bank promises 6 bln euros of net profit in 2021 thanks to a push into wealth and insurance products. If CEO Carlo Messina keeps his word, payouts to shareholders over the next four years will be 50 percent higher. But only if there are no upsets at home.

The Intesa Sanpaolo logo is seen in Milan, Italy, in this January 18, 2016 file photo. To

Intesa Sanpaolo on Feb. 6 reported net profit of 7.32 billion euros for 2017, including 3.5 billion euros of state incentives to help finance the acquisition of two failed Veneto-based lenders. Without the state contribution, net profit for the year was 3.8 billion euros, above the consensus of 3.2 billion euros compiled by Thomson Reuters SmartEstimates. The lender confirmed it would pay cash dividends of 3.4 billion euros out of its 2017 earnings.

The Italian bank set a target for return on tangible equity of 14.6 percent and return on equity of 12.4 percent by the end of the four-year period, up from 9.3 percent and 7.9 percent, respectively in 2017.

The bank promised to halve its gross ratio of non-performing loans to 6 percent of total loans by 2021, from 11.9 percent in 2017.