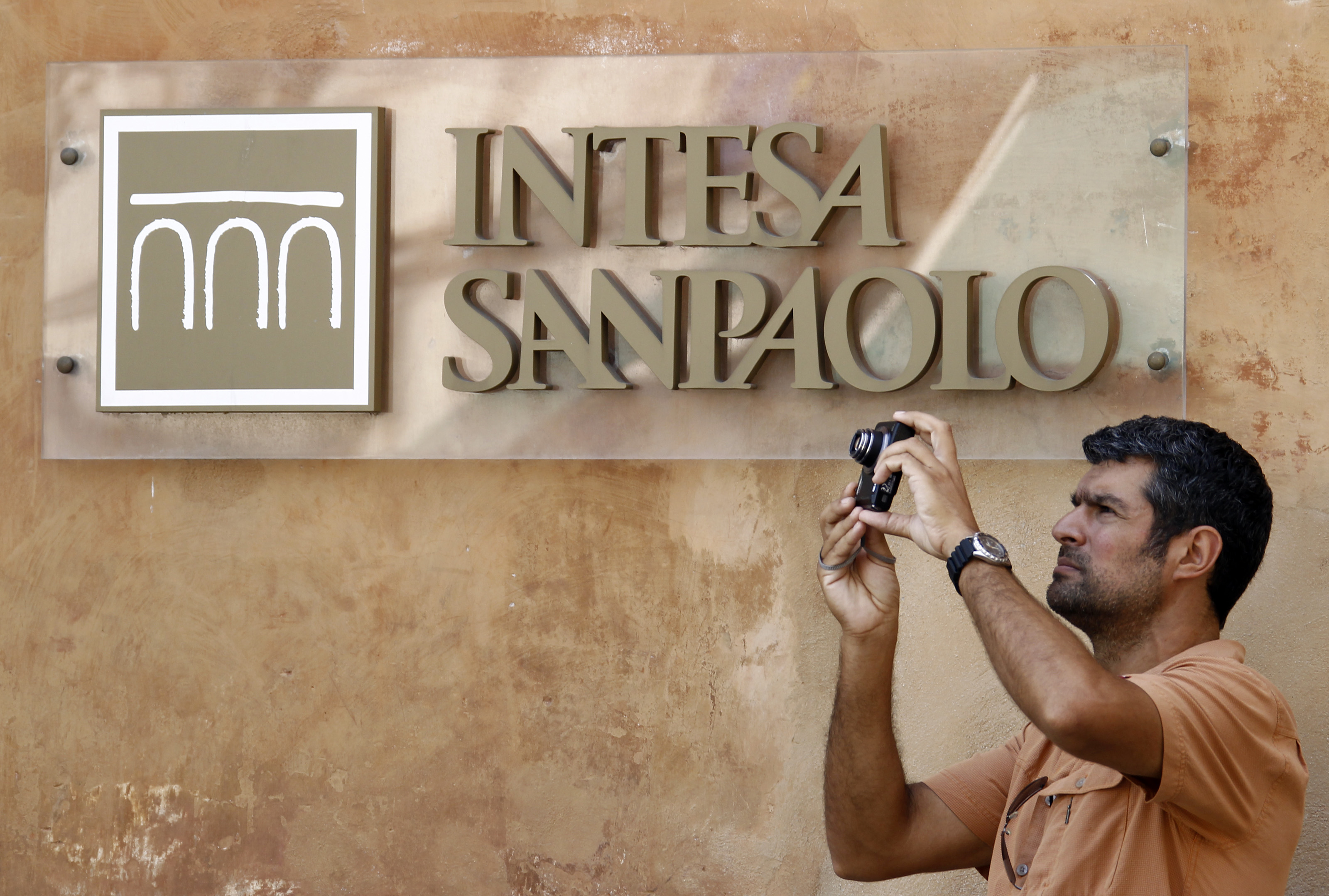 Rescuing two beaten-down lenders dragged on the Italian bank’s bottom line in the third quarter. However, a 1.3 bln euro tax-free state fund will soak up the cost of branch closures and layoffs, while Intesa will keep the upside. It’s still an attractive trade-off for investors.

A man takes a picture in front of Intesa Sanpaolo bank in downtown Rome July 23, 2010. The European Union is examining whether some banks need to raise capital as it looks to dispel concerns about weakness in the sector and repair an interbank lending market still closed to some lenders. Results of so-called "stress tests", which will assess how banks would fare if economic conditions worsened, are due on 91 banks on Friday. REUTERS/Alessandro Bianchi (ITALY - Tags: BUSINESS) - RTR2GNSG

Italian bank Intesa Sanpaolo reported net profit of 650 million euros in the third quarter of 2017, up from 628 million euros a year earlier.

The bank has received a total of nearly 5 billion euros of public cash to help finance the acquisition of two failed Italian lenders, Banca Popolare di Vicenza and Veneto Banca.

Intesa set aside bad debt provisions of 643 million euros for the quarter, down from 917 million euros in the same period of 2016.