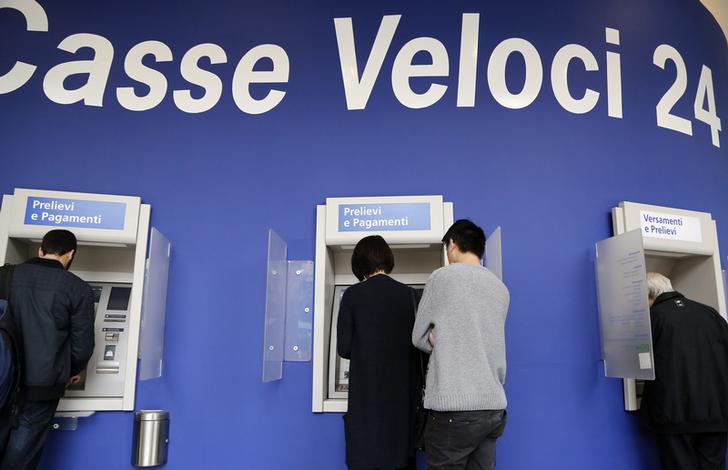 Intesa Sanpaolo has joined rival UniCredit in mucking out the stables. The bank’s full-year results included a massive 6.8 billion euro goodwill hit on the half-dozen domestic mergers that turned it into the country’s largest retail bank. Along with a newly-created “bad bank,” the writedowns have spring-cleaned the books and will help Intesa pass the euro zone’s asset quality review and stress tests in September. But the main reason shares were up 5 percent on March 28 was the pledge that shareholders would receive 10 billion euros in cash payouts over the next four years.

Intesa’s economic fortunes are entwined with those of Italy, which is starting to recover. Almost two-thirds of Intesa’s revenue by 2016 will be booked in the country, estimates Berenberg. The more diversified UniCredit makes about half of its own revenue at home. But Intesa’s strategy to lift return on equity to 10 percent by 2017 relies on a sober annual GDP growth forecast of about 1 percent.

Intesa’s new compartmentalisation will also give investors more clarity. The freshly-minted bad bank will house 46 billion euros of ropey loans, an amount due to halve in size by 2017. Meanwhile, Intesa will rely on its underperforming Banca 5 retail arm and on ancillary services like private banking, insurance and asset management to turbo-charge revenue.

Doubling revenue at Banca 5, which makes a paltry 70 euros of revenue per customer, should be achievable. Selling other services to retail customers could prove harder. French banks Credit Agricole and BNP Paribas will be competing on the same turf, with both putting plans to cross-sell products into Italy at the heart of their strategies. Still, Intesa is only targeting overall operating income growth of 18 percent by 2017. Analysts see Italian banking revenue rising more than 20 percent over the same period.

Intesa’s balance-sheet strength should banish lingering doubts. True, a recent government raid on the Bank of Italy’s reserves, forcing it to hike the dividend it pays domestic lenders, boosted Intesa’s Basel III common equity ratio to 12.3 percent. But even without that lift the ratio would have been 11.4 percent, better than almost all European peers. Intesa’s rude health is another sign that Italy’s banking sector is finally getting to grips with the mess of its past.

Italy’s Intesa Sanpaolo pledged to return 10 billion euros in cash to shareholders as part of a four-year strategic plan published alongside its full-year results on March 28.

Intesa reported a net loss of 4.6 billion euros for 2013, after taking a 6.8 billion euro goodwill impairment on the mergers that created the bank.

The hit to goodwill was partially offset by a 2.6 billion euro boost that Intesa received from a revaluation of its stake in the Bank of Italy. That also raised Intesa’s Basel III common equity Tier 1 ratio by 86 basis points. At the end of December, Intesa Sanpaolo’s common equity ratio was 12.3 percent versus 11.2 percent three months earlier.

By 1030 GMT, Intesa Sanpaolo shares were trading up 5 percent.