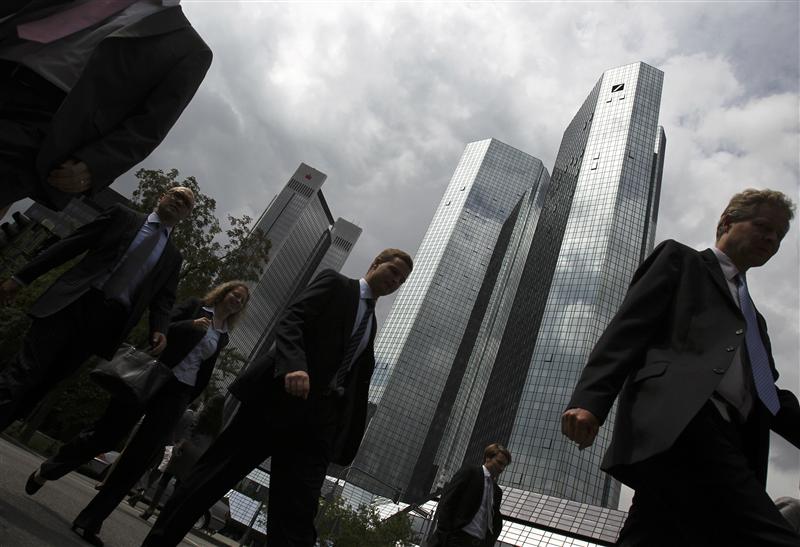 The investment banking job cull is finally underway. Faced with slumping income and tough regulation, the industry is bracing for another round of cuts. Making further savings won’t be straightforward. But with shareholders antsy and no rebound in sight, investment banks have little choice.

Despite dire conditions, banks have so far been surprisingly reluctant to wield the axe. That’s partly due to persistent optimism: executives have been raised on the mantra that the industry bounces back after every crisis. The 2009 market rally persuaded many this time was no different. And even those who accept the industry must shrink have reason to hold off: if others blink first, the survivors might pick up market share.

However, a dire second quarter has persuaded some banks they cannot postpone any longer. Activity slumped across the board: trading volumes in rates, foreign exchange and credit dropped between 5 percent and 10 percent from the first quarter, according to Morgan Stanley research. Equity trading volumes were flat in the United States but down sharply in Europe and Asia. Corporate finance fees shrunk by a fifth.

That, combined with regulatory demands for bigger capital buffers, is why Credit Suisse has announced plans to slash costs by a further 1 billion Swiss francs on top of the 2 billion Swiss francs it has already saved. And Deutsche Bank is preparing to chop 10 percent of its investment banking staff, Reuters reported on July 19.

However, finding more savings will not be easy. Most banks have already taken the easy steps of freezing recruitment, slashing bonuses and chopping discretionary spending. With regulators watching closely, it’s hard to cut audit, risk management and compliance teams. As a result, banks are rethinking structures: Credit Suisse, for example, is pushing its private and investment banking arms to make greater use of shared back offices. Others are getting out of unprofitable areas: Credit Agricole last week became the latest European bank to offload its equity brokerage unit.

The picture isn’t uniformly dire: revenue in the United States is holding up better than the rest of the world. But even Goldman Sachs managed a return on equity of just 5 percent in the second quarter. With shareholders demanding a greater share of the shrinking pie, another cull looks overdue.

Deutsche Bank aims to cut almost a tenth of its investment banking staff in a move that is likely to eliminate around 1,000 jobs, sources familiar with the plans told Reuters on July 19. The job losses will come in addition to a cost-cutting programme announced in October, when the bank said it would axe around 500 positions in corporate banking and securities due to a “significant and unabated slowdown in client activity”.
Credit Suisse said on July 18 that it planned to cut another 1 billion Swiss francs from its cost base, on top of 2 billion Swiss francs of cuts already achieved. This is expected to lead to job losses in its back office as well as in its corporate finance division.