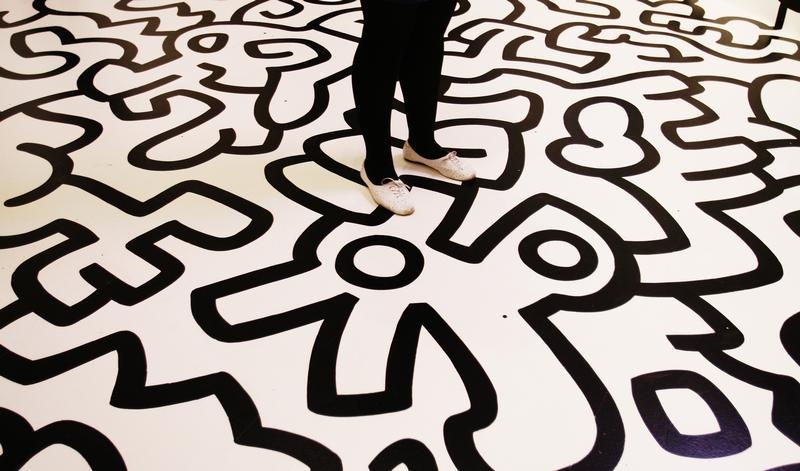 Collectors increasingly see paintings as investments – and collateral. The value of loans secured against artworks has doubled in four years, topping $10 billion in 2015 and rising, according to researcher Skate’s. Yet it’s risky to frame art as an asset class: as this spring’s big auction downturn shows, the business is volatile. It’s affected by fashion, opacity and price manipulation.

Art transactions globally were worth $64 billion last year, according to TEFAF. A recent report by Deloitte and ArtTactic found that nearly two-thirds of collectors are now interested in financial returns. More than two-thirds of wealth managers offer art-related lending services. Both proportions are up from less than half two years ago.

The average loan portfolio at auctioneer Sotheby’s increased 26 percent in 2015 to $733 million. Private-equity giant Carlyle even joined the art-finance rush in October, with Managing Director Olivier Sarkozy, the brother of the former French president, launching Athena Art Finance with $280 million of funding led by Carlyle and private bank Pictet.

U.S. casino billionaire Steve Wynn can borrow against his collection at an attractive interest rate of around 1 percent, according to Bloomberg News. Rates for less prominent clients range upwards from there. For valuable, relatively easily sold works, owners can tap perhaps half the market value.

But prices – and by association creditworthiness – are exposed to fashion. “Lullaby Winter”, a piece by Damien Hirst, sold for $7.4 million in 2007 when the UK artist was red hot. Eight years later, it made only $4.6 million.

Extensive use of agents to obscure the identity of both buyer and seller can make title iffy. Dealers have been known to manipulate valuations. Works can take months or years to sell. And with public auction results making up only about half the transactions, there’s a transparency problem.

If art is an asset class, therefore, it’s prone to some of the documentation and liquidity concerns that beset subprime mortgage-backed bonds in the 2008 financial crisis. The global art market dipped 7 percent last year after an impressive runup. This month’s big contemporary and impressionist spring auctions in New York totaled under $1.2 billion, not even a third of last year’s huge totals, according to Artnews. Further declines could leave collectors and art lenders alike wishing they’d relied on aesthetic rather than financial returns.

A visitor stands in a re-creation of artist Keith Haring's Pop Shop at the launch of the Pop Life : Art in a Modern World exhibition at the Tate Modern in London September 29, 2009. High-profile contemporary artists like Jeff Koons, Damien Hirst and Takashi Murakami have long embraced Andy Warhol's infamous provocation that "good business is the best art". REUTERS/Luke MacGregor (BRITAIN ENTERTAINMENT SOCIETY) - RTXP2T1

Art collectors are increasingly motivated by investment value, the Deloitte/ArtTactic Art & Finance Report 2016 found, with 64 percent of collectors saying return is important to them, up from 47 percent in 2014.

The report also found that 69 percent of wealth managers it surveyed offered services linked to art-secured lending to their clients, up from 48 percent two years ago.

Global art sales fell 7 percent to $64 billion last year, and the Chinese market was down 23 percent, according to the latest TEFAF Art Market Report.