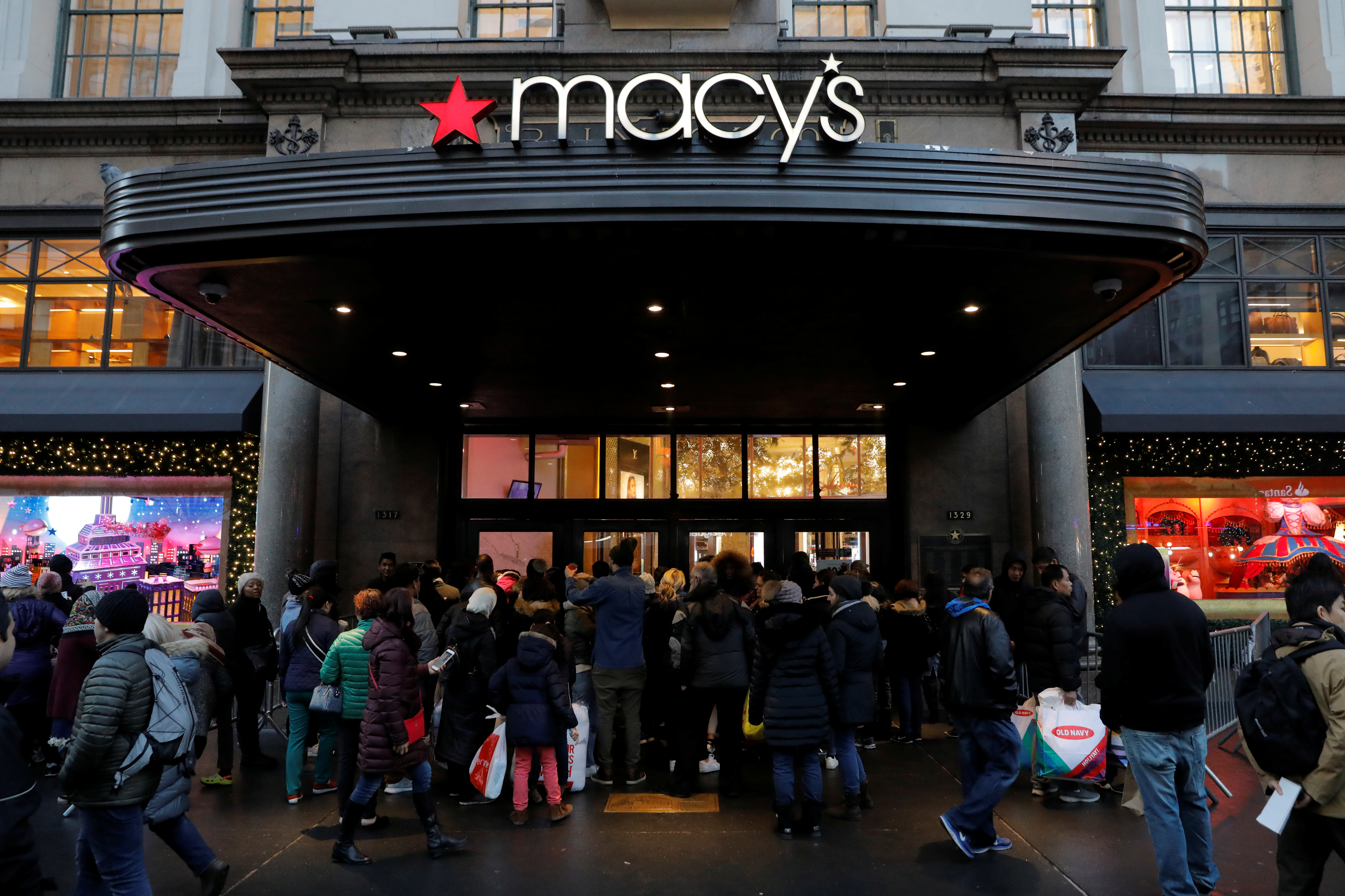 Macy’s shares fell by nearly a fifth after weak December sales prompted it to cut forecasts. Target and Kohl’s also felt the downdraft despite more upbeat numbers. Online disruption and the decline of old stalwarts Sears and J.C. Penney have made investors justifiably jittery.

People gather at the Broadway entrance of Macy's Herald Square store ahead of early opening for the Black Friday sales in Manhattan, New York, U.S. November 23, 2017.

Macy’s revised its fiscal 2018 guidance on Jan. 10 following a weaker-than-expected holiday sales season, with comparable store sales rising 1.1 percent in November and December. The company said that sales growth for its fiscal year would be around 2 percent, down from a November estimate of between 2.3 percent and 2.5 percent.

Among other retailers, Kohl’s said its holiday sales increased 1.2 percent, and it raised the lower end of its earnings guidance. Target said November and December comparable sales grew 5.7 percent, more than the previous year’s growth of 3.4 percent. J.C. Penney said its comparable store sales declined 3.5 percent during those two months.