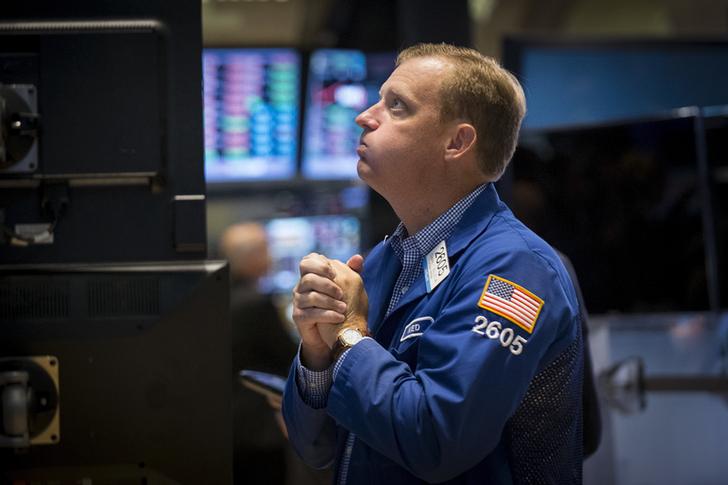 Working out what is truly safe has become a risky business. Traditional boltholes such as U.S. and German bonds or the Swiss franc are benefiting less than might be expected from huge gyrations in equities or concerns China’s economy is slowing.

When stock markets wilted on Aug. 24, money flowed into the large, liquid U.S. and German government debt markets, as might be expected. But it appeared to exit even more quickly when equities rebounded the following day. In fact, the 10-year yields in both countries are higher than they were at the end of last week, even though stocks have slid since then.

The safe haven status of the dollar and the Swiss franc also looks tarnished. A traded index of the greenback’s value against six major currencies has fallen by nearly 1 percent from last week’s close, while the Swiss currency has depreciated against the euro.

The easier bit is understanding why. Some traditional safe havens have behaved erratically this year. The Swiss franc surged after the Swiss National Bank removed its cap on the currency in January, and U.S. and German bond yields rocketed higher with neither rhyme nor reason four months ago. Investors scarred by these experiences are probably hesitant about viewing such assets as a guaranteed store of value.

The mystery is where exactly money is going. A trade-weighted measure of the euro’s value has risen more than 1 percent since the end of last week. It’s not because the euro has deposed the dollar or the Swiss franc as a safe haven. More likely, investors were unwinding currency hedges or carry trades which involved borrowing euros to fund purchases of higher-yielding currencies and assets.

But what asset managers are then doing with their money is less clear in the current market fog. Bankers say some Asian investors are repatriating funds, but add that flows – and the reasons behind them – are hard to pin down. What is certain is that true safe havens have become hard to find.

A traded index of the dollar’s value against six major currencies was at 94.12, down nearly 1 percent from Aug. 21. A measure of the euro’s trade-weighted value, which is tracked by the European Central Bank, has risen 1.2 percent to 95.17 over the same period.

Specialist trader Ned Zelles works at his post on the floor of the New York Stock Exchange, August 21, 2015.

A traded index of the dollar’s value against six major currencies was at 94.12, down nearly 1 percent from Aug. 21. A measure of the euro’s trade-weighted value, which is tracked by the European Central Bank, has risen 1.2 percent to 95.17 over the same period.