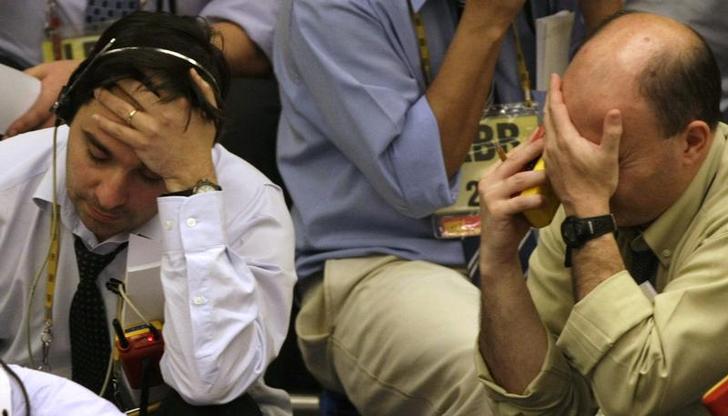 Global equities are lurching lower as a rout in energy stocks spills into other sectors, including healthcare. The global growth outlook is looking less rosy, meaning valuations are worth reconsidering. Rising volatility, however, is apt to make much share selling indiscriminate.

Benchmark German, French and UK stock market indices were all down between 3 percent and 3.5 percent at 1515 GMT, with the FTSE 100 Index of British blue-chips sliding into bear territory as it accumulated losses of 20 percent from peaks in April 2015, after hitting an intraday low of 5,688.92.